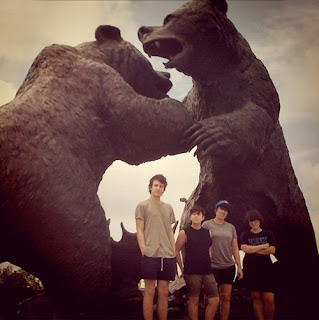 Due to a bit of an illness (don't worry I'm fine) and car issues (an ongoing concern), yesterday had me stranded. It was still an OK day - I watched a few films, started the fourth season of Justified, read some Daniel Cotterell (Winter's Bone is one of the best novellas of the past decade IMHO), started the layout for a gig in June, expanded on a short story premise, a few James Squires IPA beers to see out the day - but it was missing one vital ingredient.

The Melbourne band, featuring current and past members of Boomgates and Infinite Void amongst others, might be fairly unheralded up these parts, but (hopefully alongside geographical compatriots White Walls, and incidentally they released this sexy as 7" split a couple weeks ago) that will all change soon enough. Serving up a heady concoction of Wipers/Nation of Ulysses esque punk dissonance and esotericism with grungy dirge and a lurid gleam in the eye, the four-piece are terrifyingly titillating, a punch to the face that caresses the loins. I bought their 10" EP New Design on Record Store Day and it hasn't left my turntable for the past week. Blistering. 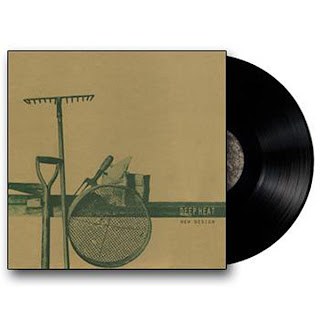 Buy New Design (out through Poison City Records on 10" vinyl) here. It promises to be one of the most truly exciting calling cards - their debut LP cannot come fast enough. And if you saw them play this weekend, why not tell us how it went in the comments? It gets so lonely around here...