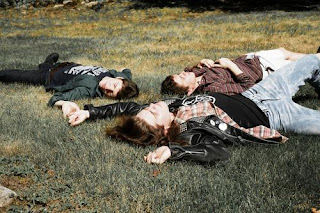 America has had a surge in clamorous guitar bands that look as much into the past, specifically the 90s angular rock implosion with off-kilter, charming melodies led by the likes of Malkmus and Brock, as they do into the 21st century and beyond (see Milk Music, Cloud Nothings). Brooklyn isn't replete of slacker noise pop bands (see Parquet Courts for its most recent incarnation). A new act to potentially join these ranks is Slonk Donkerson. The trio know each other well, having played in bands together since elementary school. Slonk Donkerson itself has been around for three years, albeit in sporadic fits and bursts as its members attended college spread out across the States. Nevertheless they have produced two LPs and one EP in this time. Their incoming EP Watching Every Channel At Once should push them that little bit closer to the spotlight. 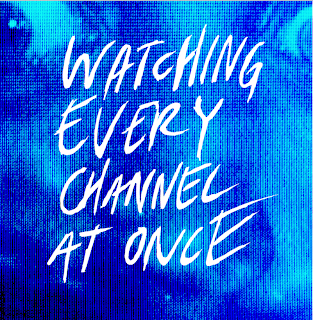 Watching Every Channel At Once comes out tomorrow - here is the opener of the EP.