It's A Shame About (Mincer) Ray 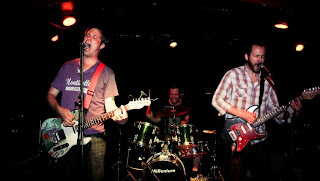 It's not often that I get a request for beer. Well, that's actually not true - I'm always being hit up for a beer, to buy a beer, to scull a beer, to shout a beer. But it's rare that such a request comes from Germany - yes, the land of the stein. That's what I received today from social reprobates Mincer Ray.

At first I couldn't work it out - the trio (two American, one Brazilian) are in Berlin! You can buy beer 24/7 from your local corner store for one euro (or something similar I'm sure, I havent been there since 2010). Beer in Australia comes at the cost of a kidney and your first born.

But then I played their new EP A Magnate's Reach, and goddamn if I wasn't reaching for the rusty scissors and an ice pack, just to help some brothers out. These five tracks are the right colour of demented guitar pop that sways between Guided By Voices (their moniker is a dead giveaway there) by way of a Jeff Magnum-led Black Lips, or Lee Ranaldo trying to go straight as the new frontman of Pavement. Such disparate swings are achieved by each member singing their own tunes, instruments being flung around restlessly with wanton abandon, all emotions present and accounted for before being discarded hastily like a sweaty condom wrapper, and you are left heaving, somewhat placated and riding the waves of ecstasy whilst still wishing it had all lasted for far longer. And to be fair, after such an effort, a beer probably is in order. The shout's on me, Rays. 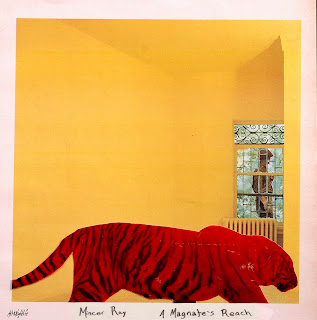