Two of my favourite Brisbane acts have both jagged the support slots for the Brisbane leg of US drone merchants OM's national tour. The gig is at the Hi Fi this Wednesday and is going to be incredible (drummer Emil Amos' other band - well, ONE OF his other bands - Grails was a definite highlight of last year also) - you should come and hang out. And in anticipation of the show, they are each releasing a single! 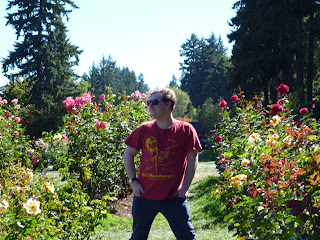 Andrew Tuttle is better known in musical circles as annoying Anonymeye. But he has laid the moniker to rest, preparing instead to trek out under his own biological label, and 'Rain Transplant' is the ceremonial unveiling before his "debut" EP 4064 (the suburb postcode for Paddington where he lives) hits the internet shelves. As you can here, it's not far removed from the instrumental deconstructions that earmarked Anonymeye's ten year oeuvre, which is great to hear, but the change in direction comes in subtle moments  - the amorphous segue into an effects-laden bridge, bookended by interplay between Tuttle's beloved banjo and bubbling synth - that implies there is a lot more to come that will take our breath away. I for one cannot wait. 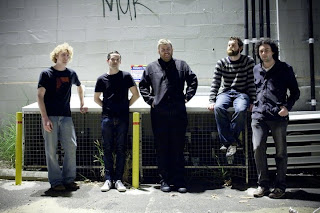 Ghost Notes is a great instrumental rock band. Furthermore, they endeavour to create mood and sound scapes that fail to adhere to the quiet/loud dynamic that many of their contemporaries misinterpret and bludgeon to death around them, making them a more nuanced (and therefore far more interesting) prospect. It does feel like they have been riding out their last album, 2011's In Cover Of Night, for eons though, seeing as the vinyl launch came over a year afterwards. This is probably most felt by the five-piece themselves, and so they are on the cusp of correcting this conception with not one but TWO albums recorded and waiting in the wings. 'Go Where It Takes You' is the first taste of the first of those albums, entitled Hidden Horizons (out through Lofly), which will hopefully see the light of day in the next few months.

You really should get to OM. I will be posting my excellent interview with Emil Amos on Wednesday, but until then, grab your ticket now.
Posted by Brendan T