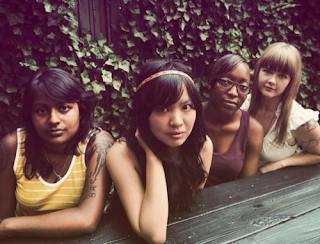 I heard this track 'Psalms' from A Constant Sea, the debut record from Brooklyn-based Heliotropes (out in June through Manimal Vinyl) and it floored me. True Widow parallels immediately swam to the surface, with the grungy undertones interspersed with , but this all-girl four-piece step out from the malaise with swathes of swampy psych sprawl. As if their electric cover of Roky Erickson's 'I Walked With A Zombie' last year wasn't enough indication, 'Psalms', the ozone-burning guitar solo makes your hair stand on end, all the better to tear it out as the band hit the accelerator and head for the brick wall as the song closes out. Jessica Numsuwankijkul's vocals are acid-sweet - providing disarming melody whilst emanating the slightest aura of menace. There is a vitality, a recklessness to this song that intimates that Heliotropes are overflowing with energy and a lack of sonic inhibitions - such freshness and enthusiasm burns away any hackneyed predispositions and instead presents pure, unadulterated rock (albeit of the distorted kind). 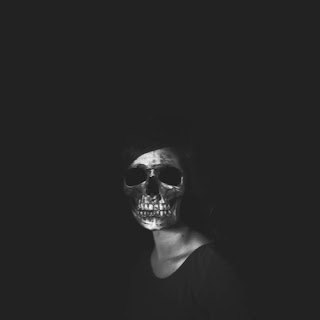 You can preorder A Constant Sea here. Heliotropes are playing the excellent 4Knots Festival in June, which pretty much namechecks all of Sonic Masala's favourite of-the-moment acts (Parquet Courts, The Men, The Babies, Marnie Stern, Reigning Sound, Kurt Vile) - and from the bubbling ecstasy generated from their fiery live performances, June cannot come fast enough.