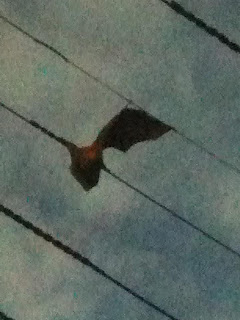 Long time since we've attempted a good ol-fashioned brainwash, right? Here are four videos that are pretty rad, ranked in order of brutality. Let's get fried.

With a name like Batpiss, who needs enemies? Bursting out of the bowels of Melbourne, this trio have taken visceral annihilation to a new, bilious artform. Their debut record Nuclear Winter is out this week, and it is seriously the best thing I have heard this month. Melbourne has given birth to some killer acts of recent months - White Walls, Deep Heat, The Spinning Rooms. Speaking of, Nuclear Winter was recorded by Tom Lyngcoln - yep, the deranged redneck that spits vitriol and rhetoric when fronting The Nation Blue, gnashes his teeth like a blue-collar choirboy done wrong in Harmony, and recorded The Spinning Rooms. This dude always knows what he's doing, even when he doesn't. Don't trust me? Watch the video for Batpiss single 'Drag Your Body' again. This is indeed this. Listen to a stream of this killer record here.

Over to the UK and Wolverhampton's rakish rockers God Damn. I liked their first single 'I'm A Lazer, You're A Radar', and the video for 'Heavy Money' is just as impressive. A homeless man with telekinetic powers, going all Scanners on the scum of the earth? With a primary school kid in a Batman mask as his willing eyewitness? Gravy Records have unearthed a number of bands in the Midlands region that like to eat their candy with a liberal dose of razorblades - and with God Damn, they've done it again. This will be on an EP of the same name, pre-order it here.

I never thought I'd see the day that a band like FIDLAR would be a drawcard on the festival circuit. They aren't huge yet, by any means, but their name keeps floating closer to the surface with each passing week. And here we are with the band that brought you 'Max Can't Surf' featuring in RIYL's. None of this is derogatory - there is something aesthetically cleansing about a band that is so laconic in their slack-jawed stoner guitar punk that it feels like their tunes are aural hydro. And there is something equally great about a band mirroring such relaxed angular rants. that's where Canadians Fist City are at. Hit me.

Let's tag out with Cool Ghouls. This band from San Fran have been taken under the wing of Tim Cohen (Fresh & Onlys), and you can hear why. Talk about cruisy. But GOOD cruisy. Chilllllllllllllllll.But GOOD chillllllllllllllllllll. The more I listen to 'Natural Life', the more I want this to be my life. Cool ghouls indeed. Can't wait to hear the debut self-titled full-length - out now through Empty Cellar Records. Blow it - let's listen to it together!