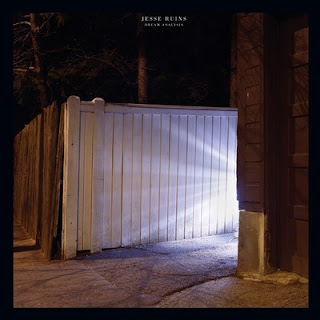 Captured Tracks finished the year strongly with releases from Blouse, Widowspeak and Dive making indelible impressions, yet 2012 doesn't appear to show any slowing down of quality. Last week we had the first offering from Wild Nothing, and next week another one will be let out into the wild. Dream Analysis is the new EP from Jesse Ruins, a Tokyo-based collective that are marrying the droning doom-pop that stablemate Silk Flowers specialises in, yet veers into a more meditative realm that seeps into the emotional side of aural pleasure. The hazy electronica on display is exciting. Apparently this EP is being used as an introduction to Jesse Ruins. If so, the connection is instantaneous and electric on first touch. I hope we go all the way...

Dream Analysis is to be released 21st February.