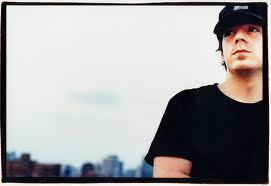 So we reach another Friday. Its cold and wet here in Brisbane, and Im feeling a little maudlin. Ill perk up very soon, what with tonight's stellar Sonic Masala Presents... show and all, but I thought Id end off the week with this. I mentioned earlier this week Shimmering Stars' cover of Jason Molina's 'Hold On, Magnolia', the closing track of the last album recorded under the Songs:Ohia moniker (and in my opinion by far the best thing he has ever done), The Magnolia Electric Co in 2003. I got to see Molina in his Magnolia Electric Co. format at Bush Hall in London back in 2009, and I was a little disappointed, mainly due to the fact that I wasn't enamoured with the later stuff he had done with this band. Still, when they kicked out this song, along with 'Farewell Transmission', it fucking slayed me. So to think this genius is hanging on to life in a metaphysical sense by the skin of his teeth is some of the worst news to bear. It's bloody fantastic that Shimmering Stars are using their latest 7" EP to shed a light on this tragedy and are donating 10% of all earnings from this release to Molina to get him back on his feet. If you want to donate directly, head here - it's an incredibly worthwhile cause. Below is the A-side - click forward for the cover.

The cover itself is faithful to a T - but this song is faultless as is, so why fuck with it? I liked Shimmering Stars before this - I love them now. You should too.