Imbogodom has a new album out - that's the project of Alexander Tucker and Daniel Beban. I saw Tucker play solo as support of A Silver Mt Zion back in 2010 - it was pretty sweet. These tracks off And They Turned Not When They Went (fresh off Thrill Jockey's shelves) are as eclectic and intricate as always. Following last year's Imbogodom debut The Metallic Year and Tucker's 2011 solo album Dorwytch, the duo clearly have upped the ante in their aims to compose, dismantle, and expand their songwriting. It isn't an easy listen, but that is part of Imbogodom's point. Unpacking the music is as much the listener's job as it is the musicians', and on this LP there is some fun to be had.

Field recordings such as the utilisation of live feeds from the Houses of Parliament's bell Big Ben intermingle with pastoral dirges, ghostly tape manipulations and skewed sonics, coalescing in an experience that may be trying for those looking for a semblance of conventional structure. Even expressionistic acts like Explosions In The Sky have a clear, definable M.O. - Tucker and Beban work hard to abolish these notions. It's foreboding and even deliberately confrontational - an experiment that teeters on the knife's edge of unmitigated disaster.

In my opinion, And They Turned Not When They Went has its merits. 'Rubbings' is a piano collage that battles valiantly with synthetic brushstrokes, whilst 'Heir Looms' and closer 'Pillars Of Ash' are the closest that we get to actual songs, with the duo bringing their voices to the mix for good measure. It doesn't always work - it can be incredibly cold in between the corrupted soundscapes - but, again, that seems to be part of the point. Isolate yourself from all amenities and warm bodies, and let Imbogodom take you to a parallel, inverted universe along a path less travelled. 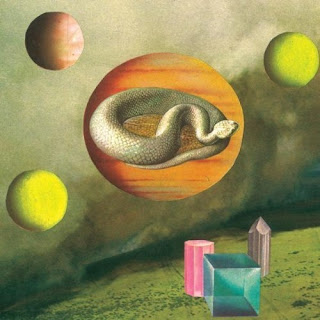 And They Turned Not When They Went is out now on Thrill Jockey.