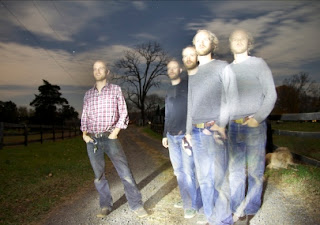 Sonic Masala has always been a fan of the Carney brothers. Otherwise known as Pontiak, the trio put out the EP Comecrudos last year on Thrill Jockey, and it seriously killed. As Jennings stated, it was a departure, an experiment, and new album Echo Ono cuts back to the sun-bleached psychedelic rock they are renowned for. In fact the album is leaner and meaner than previous releases, with the focus being on creating an album of songs as opposed to segueing space jams that hinge together through mood and atmosphere. 'Lions Of Least' is let off the leash first, and the rabid hunger of it all is a shock that takes a little to recover from. Are we listening to a revitalised Black Keys? Is that an insulting shot at Pontiak? It's proper rock that we are hearing here, the fat (however colourful and tasty) flayed from the bone. It's not until third track 'Left With Lights' that everything comes together - this is Pontiak distilled into tear-shaped dots, taken on the tongue for instant rush and gratification. It's an album that is just as addictive too - you will be rotating this one ad nauseum. And don't get me started on the closing motorik monster 'Panoptica'...

It's an altogether different sound to all their previous output, yet is still indelibly Pontiak. Which means...if you like balls to the wall blues rock that has been lost in the Texan desert and is suffering from hallucinations, dehydration and snakebites, you'll be queuing up to let this record salve the wounds. 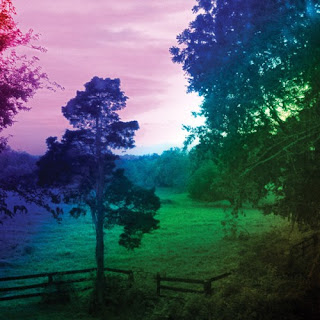 Pre-order Echo Ono now and you can get one of 500 copies in translucent teal vinyl.