Hits From The Box #44 - The River Runs Brown 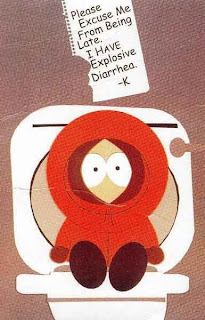 So it;'s Valentine's Day, the day of manufactured love. Personally I don't give a shit. Or to be honest, I'm giving heaps of shit. Four weeks into the new job and Ive caught some weird bug that has me leaving the room in pain and ridicule. I should go home, but Hits From The Box beckons... 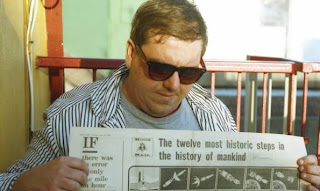 Brighton based dream/drone pop band Milk & Biscuits are somewhat of an English indie supergroup of last decade, what with members of Brakes, Electric Soft Parade and Jennifer Left sitting pretty amongst the ranks, yet their Balcony Times LP (out through Big Salad Records) is a distant relation sonically. The album lulls you into an amniotic coma, your ears dipped in honey, and whilst for me it hasn't stayed with me as long as I initially hoped, tracks like 'Trinidad' below show some really potential. 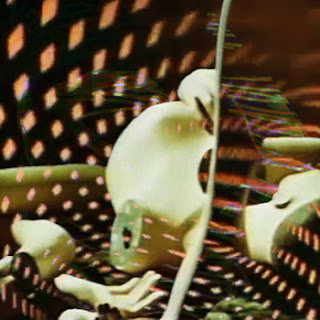 Spectral Park has been generating some sizable buzz on just a few demos and now this Factory Peeled EP. The one man project of Luke Donovan, Spectral Park is all swirling miasmas of gossamer sound, dipping toes in dream pop, ethereal post punk and white noise yet it remains grounded in the Afterlife. Whilst behind the scenes it's been tumultuous of late (having a baby and issues within the hospital - all thankfully healthy though) and promise of more releases in the latter half of the year, Donovan has a lot on his plate. Trust me, I'm eating it up... 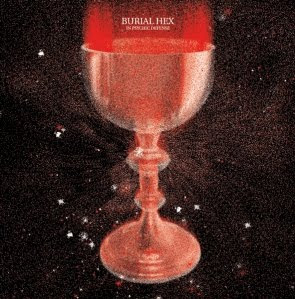 It totally blows when you discover something only for it to be at an end. Great German label Sounds Of Cobra put out In Psychic Defense, the new album by Clay Ruby AKA Burial Hex - and it's fucking solid. The sad thing is that this 12" - which offers choice cuts of noise, post-punk, a wise use of the rhythm, experimental wave and dark melodies - is likely to be Ruby's last under such a guise. He's had a good run (after hearing this release I've gone back to another dark album, Initiations, and a surprising split done with Zola Jesus). Apparently In Psychic Defense is "elaborated as a protection spell in psychic self-defense and the lyrics are from an old hymn to the Archangel Michael, always been seen as a leader and protector of the faithful." you don't need to play this thing backwards however. 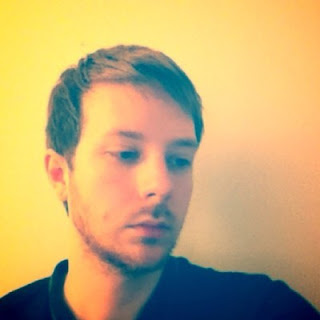 I know very little about the guy who sent me his stuff under the name Unyield - although I think it's pretty cool. Hailing from Leeds, Unyield launches a minimalist-ambient-shoegaze meander somewhere between Grouper and My Bloody Valentine. His EP is called The Coldest Light. Please can someone inform us - because there is much promise here. 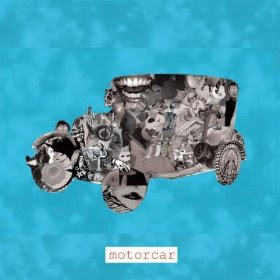 The folks over at Good Soil Records have released Motorcar, the debut longplayer by New God. There are many references to other, better bands here (The Beach Boys, The Dodos), but New God imbue it all with an elegance that belies first-timers. That said, Motorcar was five years in the making, which says a lot about the focus of this band. 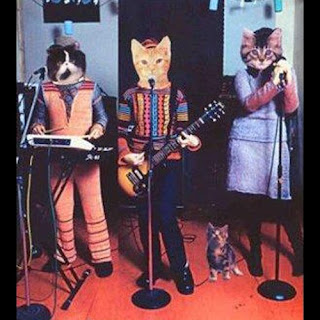 Finally we end the first "proper" HFTB of the year with 3 1/2, an LA band that are part of a musical collective known as Co Wave (which apparently includes another fave around here, Britches). Their First Recordings "EP" is an affecting listen, with lead Leila offering a wonderful lead vocals. Branches is a brooding number that supersedes the faux surf rock leanings that may have been alluded to (and the cats on the cover - oh, the cats!). It gets better from there too, with 'Hipside' having a Kills growl and swagger that is totally invigorating, whilst 'Cry Of The Russians' is a warped gypsy folk dance that grows with every repeated listen. I hope that people help out and go to shows, but merch etc, as these three are doing their best to shake up the world.