It's time to get in touch with my feminine side today, so Ive made a mini-playlist of four ladies that, either on their own or out front of a band, are belting out some amazing tunes leading up to special releases in 2012. 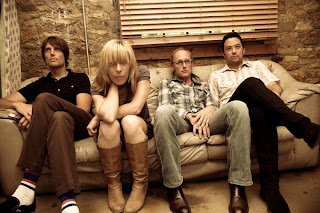 First up is a band that I haven't mentioned before, which is strange because their band tee is my fave t-shirt of all time. Erika Wennerstrom fronts Heartless Bastards, a brooding garage country band (having been compared to Crazy Horse, Neil Young, The Black Keys and more) who brought out a pretty amazing album in 2009 called The Mountain. Check it out - especially the title track - and get it here. Anyway, they have a new LP about to drop called Arrow, and this is the first cut off it. Its been floating on the blogosphere ether for a while - that's what happens when you hibernate for two months - but it's a good track for what promises to be another great album. Plus, Wennerstrom shreds, seriously. Arrow is out on Partisan Records, and you can get it here (there is a $US65 deluxe package that includes 2xLP, shirt, ltd edition lithograph, CD, and digital download with bonus tracks - well worth it methinks!) 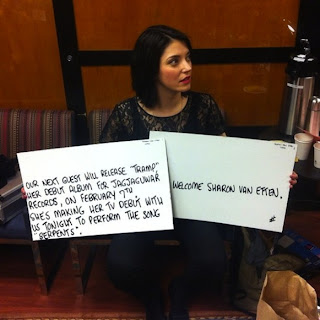 I've somehow passed Sharon Van Etten by, but 'Serpents' brought me whiplashing back to have another listen. Her new LP Tramp is also out soon (out on Jagjaguwar - pre-order it here). She has a bit of a "topper" of a career - encouraged by TV On The Radio's Kyp Malone to pursue a music career, she has done backing vocals with and become good buds with The National, and Tramp feature the Dessner Bros, Matt Barrick (The Walkmen), Jenn Wasner (Wye Oak, whose Civilian was pretty ace and I forgot all bout it for last year's lists, oops!) and one Zach Condon (AKA Beirut). I can't see the songs from the stars! But seriously, listen to 'Serpents'. This is Neil Young (again!) and Stevie Nicks procreating, and that is an inimitably awesome thing. 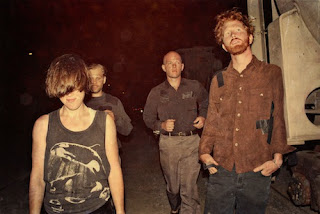 Lower Dens are also a bit of alright - each single they produce has me salivating, they are really coming into their own - and new track 'Brains' is all kinds of ace. I'm a bit in love with Jana Hunter (actually I'm in love with every woman in this list, their music is truly amazing), and on this latest brooding bubbler of a track I think she nails the spectral vocals perfectly. They have a new album coming out in May called Nootropics, which after the strength of this single is too fucking long! Get ready to become addicted... 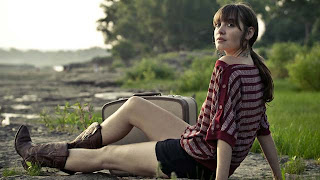 And finally we have an album that I actually talked about last year as part of Hits From The Box but has just recently gotten a vinyl release, Cheyenne Marie Mize's We Don't Need. You can get it here. It's a nice way to end of this excellent post, by revisiting an oft-missed little release. Enjoy!