Hits From The Box #45 - Exorbitance Does Not Maketh The Radiohead 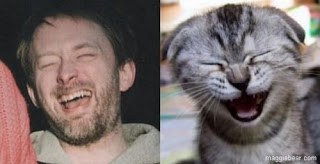 I didn't really have much exciting stuff to state about the past week. I worked. Saw Mark McGuire which was mega rad. Didn't go on a bucks night at the Gold Coast - because it was at the Gold Coast, that says it all. Drank a few Bloody Mary's, smoked a few cigarettes. Went for some bush-like walks. Watched half of Drive Angry - it was pretty shit, but I enjoyed it...can't remember why I didn't watch the rest. Ate some soft shell crab - now THAT was amazing! Then...

Radiohead did the sneak announcement of their tour. Presale sold out before I even knew about it. Then the price - $135? Seriously? So you can do pay what you want for In Rainbows, stay away for 8 years (and even in 2004, avoid Brisbane), then ask whatever you want? Bastards! Then again I paid $150 to see the reformed Police, supported by Fergie...shudder. I guess Ill see you there, Thom.

Hits From The Box time! 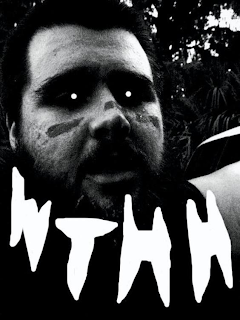 Ofttimes people connect over similar tastes. This is the way with Sonic Masala and Waylon Thornton & the Heavy Hands. Thornton really dug my review of the Blasted Canyons record (it is a great one - check it out here, then bloody well go buy it!!!), and then we got to his music. He and his act put together No Chew No Rip in one afternoon, and it shows. Not in a bad way, but in a frenetic, feverish, one take takes all kinda way. Thornton claims he had been listening to a lot of Captain Beefheart and Cramps when this EP was constructed, and it's not hard to see those elements seeping through like radioactive goo. It's all goof, and you can check the whole thing out here. Can't wait to hear what those heavy hands have ready for us in 2012... 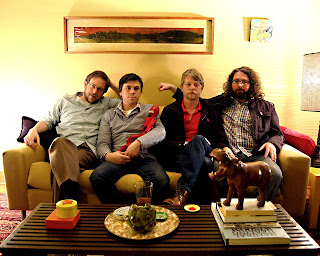 Karate Body Records are putting out Louisville, Kentucky outfit Whistle Peak's brand new album, Half Asleep Upon Echo Falls, out now on CD, digital and limited edition teal 12" vinyl (only 250 available of these). It's elegant, slanted and enchanted experimental folk pop, if that makes any sense... It bubbles over the synapses, an opaque pastoral pleasure. Again, these types of bands can be hit and miss, but if you can give your Bon Iver a Sophtware Slump LP and run with it, then you end up erring on the right side of experimentation. I really dig this record. Try it out for size here. 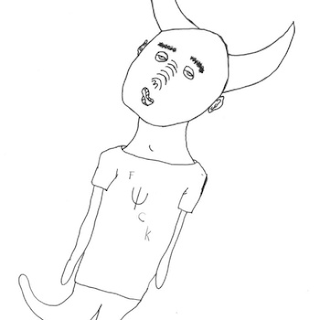 So this band called Super Minotaur sent me their 7" called Phantom Brat. Other than that, all I know is they are from Chicago... Information overload guys! A little more digging and I can tell you that...well, nothing really. Hmmm. Like all good musos though, let the music speak for itself. It's a killer piece of thrashy garage punk though. Peepers locked in on these guys - can't wait to hear more. 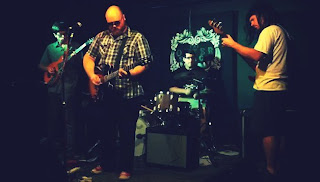 Now this one I feel a little guilty about. Connecticut experimental rock outfit Ghost Of Chance sent me their album A Simple Beast around November last year. Admittedly that is also around the time I took my unexpected sabbatical from the blog, but still, I feel bad for not bringing this into the light until now. It's all a little quirky and surreal, and at times reminds me of a more languid The Unicorns (oh how I miss those guys!). It's all levels of pop, filtered through cracked genre lenses, and spat out with laconic chagrin. Tracks like 'Pilot' and 'Red Garbs' lift the spirits, and they are the songs that'll grab ya. And you may recognise another HFTB recipient in the mix - Jayson Munro from Deluxe is one of these Ghosts! All three tracks below are from the album, and also have videos for them - find em on YouTube. 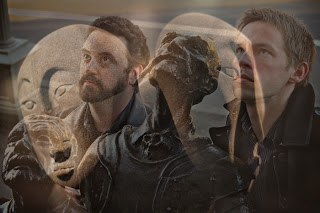 San Francisco post-punk preachers Bad Bibles, have pumped out a 4-song EP called Their influences range from Killing Joke, No Age, At The Drive-In, The Birthday Party, Liars, Nirvana, and Fucked Up - holy shit, soulmates right? They have had recent shows with the likes of Kids On A Crime Spree, PS I Love You and Balkans too, so they are hitting the SM high notes. I still feel that they haven't roughed up the edges enough - yet. Still, there's a little of The Austerity Program about them (that is a fucking huuuuuuuuuuge compliment, by the by), the artwork is ace and the opening track is killer. One to watch.

Bad Bibles - The Statue Talks To Me 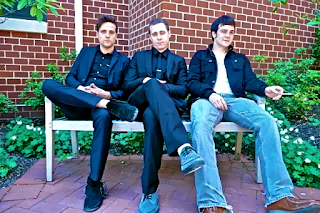 Finally - and I never thought this would happen - we have a The Bravery reference! The Danvilles is a speed blues act that includes Mike Hindert of the titular bland band - that said, I like this. The Danvilles released a new LP titled Women and the Virginia-based band really swagger through their 23-minute longplayer like it's no one's business. And it isn't really. Suffice to say, it's all impressive. Grab Women here, but not here - ah Putin, you crazy 80s Cold War throwback you...