Getting Fried On The Rocks Of White Hills 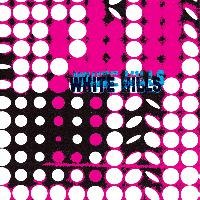 Next month LA psych space rock behemoth White Hills unleashes another album on us in the form of Frying On This Rock. Holy shit its good. Then again, I always love what they offer. It opens up with the thundering motorik swirl and bluster of 'Pads Of Light', before 'Robot Stomp' takes us on a repetitive droning journey into the inner echelons of the psyche, its incremental ratcheting of the noise an otherworldly aural orgasm of unearthly delights. 'You Dream You See' feels like an amalgam of the first two tracks, but 'Song Of Everything' is an altogether different beast, delving into the heavy White Hills psych noise before stopping halfway through for silence, samples and general malaise, before kicking back in in the final sixty seconds. Finally we have 'I Write A Thousand Letters (Pulp On Bone)', a fucktastic orgy of brutal swirling psychedelia that eats the paint of the walls and the tar off the lungs. Its less atmospheric than 2011's H-p1, infused with an addled urgency that, like a meth addict, makes it hard to trust or predict, therefore you daren't take your eyes off it. That's a twisted seal of approval, right there. 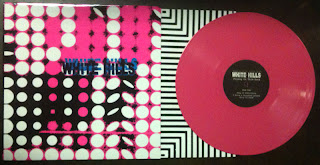 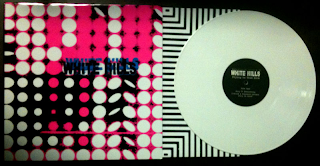 Frying On The Rocks is out March 20 via Thrill Jockey. There were some half pink/half white vinyl versions available for pre-order, but they sold out in less than 24 hours. Nevertheless it is still available in the two colours above. How about that pink??? Sexy times. Pre-order your copy here.