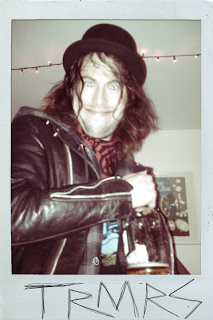 Costa Mesa band TRMRS (pronounced Tremors for those of you used to vowels) sent me their 7" split with Night Beats (coming out on Volcom Entertainment & Resurrection Records), and its pretty kick arse. Their side of it contains 'Goodtime Blues', which so goddamned dirty and fun that I can't help but love it. It would go down a treat here in Brisbane I reckon... Deliberately straddling the bedroom surf pop, sludgy guitar and murky psych borders, the band are adept at eschewing conventions. Expect to hear more from TRMRS as they launch 2012 and their split with shows alongside the aforementioned Night Beats, but also SM faves The Growlers and White Fence! Grab the Split here. Look out for an album later in the year.