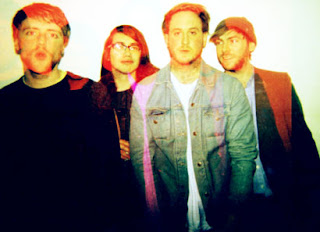 All the way back in January 2010, just before Sonic Masala threw down its first entry into the blue yonder, I went to a show in London at The Lexington. The headliner - Real Estate. As many people may know by now, I found that set so fucking boring that I refused to watch it all, walked downstairs to drink whisky on my own. Support #1 - Yuck. Before the self-titled album and shedloads of acclaim. Again, I thought they were boring. Support #2 - Colours. Now THESE guys push my buttons in the right way. They nailed the 90s slacker/80s Pixies amalgam that night, something that Yuck would warm to in later months and Real Estate - well, they are Real Estate, they do what they do, perfect for a mid afternoon snooze.

Since then they have put a track out through Art Is Hard Records, but I kinda lost touch with what they were up to. Then a little while ago they founded Marshall Teller Records and put out a four way split that included Gross Magic and Echo Lake that was pretty sweet (sorry that i didn't post about that guys!! It was worthy though). They have also had a hand in bring to our ears the fairly great Total Slacker (who we do really like, and their 'Psychic Mesa' track made out hot singles of last year), Warm Brains, Weird Dreams and Dignan Porch.

Recorded by Warm Brains' Rory Attwell, Colours have a new 7" out. Its fucking sweet! Even sweeter is the launch at the Shacklewell Arms on March 2nd alongside SM faves Sex Beet as well as Dignan Porch and Yrrs. 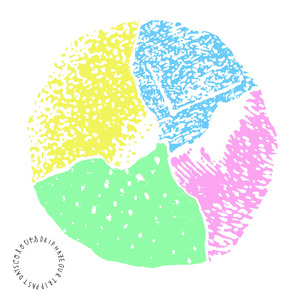