Craig Finn Has Full Eyes, A Clear Heart...And Half A Dozen Stubbies 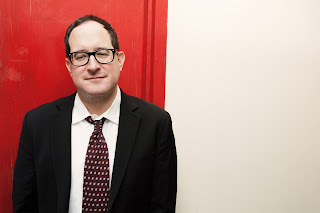 Craig Finn, frontman of The Hold Steady, has released his first solo album, Clear Heart Full Eyes. It certainly doesn't veer too far away from his tried and tested formula, but that is never a bad thing. The first taste off it, 'Apollo Bay', is a yarn about a trip in Australia that spirals halfway into a burning psych jam. With choral lines that include driving to the aforementioned bay, and the excitement that we are partaking in a geographical kinship with a worthy wordsmith, the affinity to Mr Finn is immediate (although surely you could partake in beers much better than Victoria Bitter?). The rest of the album follows suit, so whilst musically we end up straddling the rock of Lifter Puller and the stadium rollick of The Hold Steady, Finn remains as true as ever to his autobiographical sword, carving colourful vignettes with his usual esoteric verve. I've been a moderate fan of The Hold Steady for some time - one of my favourite tracks is 'Chips Ahoy' - and after seeing them destroy The Zoo back in March last year, even more so. This album shows another shade of Finn, whilst highlighting the fact that he is one of the best lyricists in business today, his literary rants as verbose and empathetic as ever. Well worth a listen, Full Eyes Clear Heart is out now through Vagrant Records. 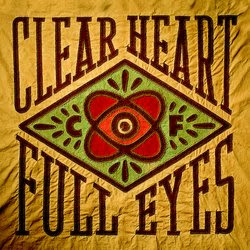