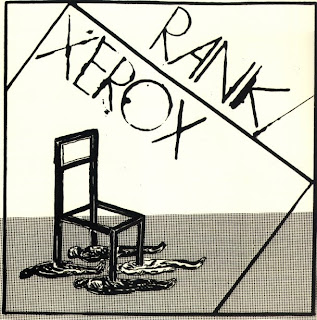 San Francisco has to be one of the best places in the world music-wise right now, especially if you love your guitar rock dirty, dingy and fun. But not all is fine and dandy. One of the best albums of 2011 came not from a garage group but some disgruntled guys that, alongside The Men, Iceage and Total Control, proved that some of the best music comes from the darkest spaces - and that post-punk is far from dead, despite many fuckwits' attempts to make it so. Rank/Xerox's self-titled debut is acid-tinged angularity, acid saliva and discord. What's not to love? Nothing, for this album, just like those mentioned above, have distilled what the genre's progenitors (read: Wire, Gang Of Four, Mission Of Burma) gave birth to, and adding so much verve and venom that it refuses to be ignored. I'm a douche for not putting this out there sooner. Rank/Xerox is vital. (Plus the lead dude is an Aussie, and what with Liars still pushing hard and Total Control killing, says something, dontcha think?)

Rank/Xerox is out now through Ros Records.