Psych Rockers Back With Bite 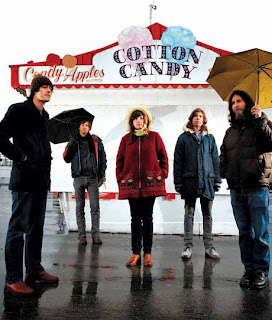 I love Black Mountain. Their take on the 70s psychedelic rock sound has indelibly influenced the genre over the past 5 years, ever since their self-titled LP, and further cemented with sophomore effort In The Future. Their 3rd album, Wilderness Heart, is out in September through Jagjaguwar Records. They are also touring in July, playing the Lexington (which is already sold out?!? What the Fuck!!!) and other UK venues, then return in October...

Wow, this post isnt doing Black Mountain any justice! Ah, to hell with it, just listen to the new song and Ill try to make it up later...