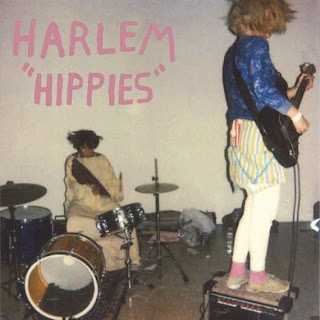 Yes, there will be a few reviews in the upcoming weeks. I dont think Ill get to all the albums I wanted to post, but Ill do my best!

So last week was Broken Water - today we have Harlem. A much different sound sonically I can tell you - Harlem are infectiously fun, creating concise cuts of garage rock that is as irreverent as it is throwaway - and yet it is a necessary soundbite to indulge in time and time again. And Hippies, their 2nd LP and their first with major label Matador, perfectly showcases this.

I really struggle to write anything about this record without grinning uncontrollably, jumping up and down on the spot, giving myself whiplash before having to call the hospital because Ive accidentally put my leg through the loungeroom window. The Texans not only know how to craft an immaculate pop tune, but inject it with such effervescence and tightknit virtuosity, with more than a dab of overabundant confidence, that each song becomes a laced morsel of brilliance. Tracks such as 'Faces', 'Gay Human Bones' and 'Stripper Sunset' alternate from sunny dispositions to wrecking every conceivable surface of a room and back again in the space of 3 minutes, whilst 'Three Legged Dog' is Buddy Holly to a T, and 'Friendly Ghost' is so laden with hooks so as to drag in a marlin from a deep sea fishing cruise...

This album is ridiculous. I was watching the Beatles' Anthology the other day and wondered what it would be like to immersed in Beatlemania. Listening to Hippies is probably going to be the closest Ill ever get to that losing-my-shit, stabbing-anyone-in-my-way-to-get-a-glimpse euphoria, period. Although I will gladly lose my shit and do some stabbing at a Justin Beiber convention...but that is for another time...

And if their music isnt enough, get following their Twitter account - it is seriously the funniest shit Ive read since David Lynch started giving weather forecasts and explaining what shapes he saw in the clouds on any given day...

Harlem are playing next Thursday (June 10) at the Flowerpot, and Friday (June 11) at the Lexington, another brilliant White Light gig for sure! Unfortunately Ill miss this one - although its for a 30th, so am not complaining in the least - but ensure that you get there! 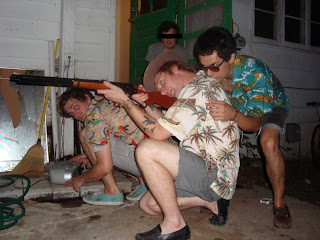