No grand plans just straight to the point 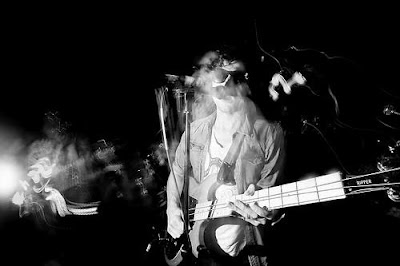 Sometimes you need a band who don't dick about. A band that just get on with it and thrash the shit out of life. One such band is Montreal's Grand Trine . These lads don't mess about. Fuzz laden caveman puck is the name of their game. Grand Trine deliver washed out storms of bass driven static, like a whiskey soaked rain of drunken punches to the gut. Think Chicago legends Death after a massive moon shine session with the Stooges in a dark damp basement and you might be close.

The band put out split 7" with fellow Canadian's Black Feelings (good too) on Blue Skies Turn Black this month and there's a 12" E.P Sunglasses kicking around somewhere. Well worth hunting down!