Friday Cover Up - gone but not forgotten 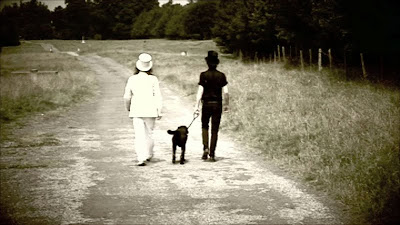 I haven't posted in a while. Sometimes life is a bit like that, stops you doing things you really want to do but I know I owe you all this much - a rather belated Friday Cover Up. After witnessing an awesome penultimate gig by Supergrass last week I could only pick one cover, well in fact a couple of tracks from a whole album of covers. Yes dear reader, I'm talking about Gaz Coombes and Danny Goffey's side project The Hotrats, the duo's 'just for fun album' with producer Nigel Godrich. So here's a taste of the art of the cover version at its very best...

On a side note it was so sad to see Supergrass call it a day - I Should Coco was one of the albums that soundtracked my early adolescence - but Supergrass are not gone... yet! The band have their last and 7th long player, the mysterious Release The Drones due out soon, ish, I think, anyway you can have a taste of sorts here too. And I'm only guessing but I can't see Gaz Coombes hanging up his guitar forever!
Posted by Paul M

Email ThisBlogThis!Share to TwitterShare to FacebookShare to Pinterest
Labels: Supergrass, The Hotrats