No! Please, you take all time in the world 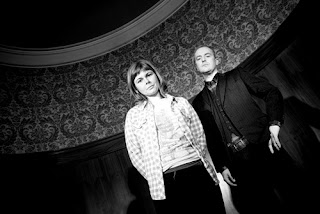 Some bands take their time between albums... but frankly The Vaselines really do take the piss. Last year I was fortunate to catch the indie pop legends at Latitude festival, one of their reform shows to support the anniversary rerelease of Enter The Vaselines. Back then there was rumours of new material but to be honest I don't think anyone believed it. There certainly wasn't any new work gracing their live sets that I knew of.

But last week The Vaselines announced they do have a new album called Sex With An X coming out on Sub Pop in September and just in case we don't believe a word of it they've made a new track, I Hate The 80's, available to download below. Its only taken them 20 years. I mean 20 years! That's got to be a record? (no pun intended) So below is a taste of the forementioned track I Hate The 80's, you should really give a listen. Not just because its taken 20 years to surface but also its a classic slice of Vaselines charm, wit and indie pop godlike genius.

Email ThisBlogThis!Share to TwitterShare to FacebookShare to Pinterest
Labels: Sex With An X, Sub Pop, The Vaselines