Leeds collective get all Slanted and Enchanted 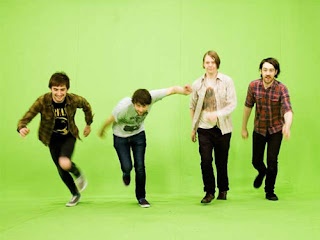 What doesn't come out of Leeds? Some my favourite local acts destroying the countryside - That Fucking Tank!, Pulled Apart By Horses, These Monsters just to name a few - and now Wonderswan have hit the list. Consisting of members of Grammatics (another good act), Boyracer and Held By Hands, Wonderswan inhabit slacker rock like a moth-eaten Weezer tee (Blue Album era obviously). They've just released a 7", Furrpile, as well as a limited cassette, I Wish I Was Deep Instead Of Just Macho (out through Sea Owl Records). Pavement fans rejoice!

Wonderswan - A Stitch In Space-Time
Posted by Brendan T