Looming On The Vinyl Ceiling 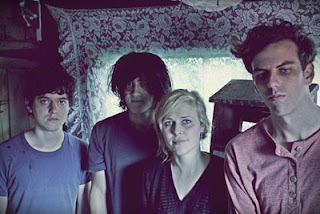 This has been in the wind for about a year now, but excellent local label Lost Race has finally released Loomer's debut LP Ceiling on vinyl! I was lucky enough to be walking past Rockinghorse Records on Monday after Lost Race's Danny Venzin dropped off some preliminary copies (the release date isn't until May 30). Originally out on CD in December 2010, Ceiling showcases the burgeoning talents of the dark shoegaze-driven quartet. I got to see them support Swervedriver in 2011 (which I reviewed here), and looked forward to their imminent explosion as the year went on. Unfortunately that was not to be - the band imploded, with members going on to focus on other sonic efforts such as Per Purpose, Spite House, Slug Guts, Eastlink and Lakes. Thank God for Lost Race then, because Ceiling is a minor masterpiece  all atonal bluster and feedback wash corralled by Brea Stanbridge's soothing vocals, a hint of menace barely held in check. This kind of music is a rarity in Australian circles, and almost never done this well. The vinyl sounds incredible too, and fittingly displays a band that could have been so much more. 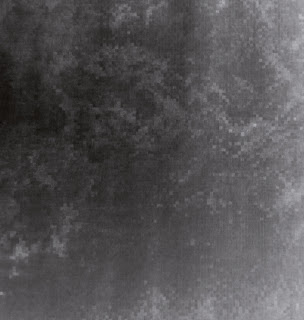 You can pre-order Ceiling here (there are only 100 copies, which is Lost Race's MO). You can also get it from Permanent Records here.