We'll Give You Black Eyes, Twerps! 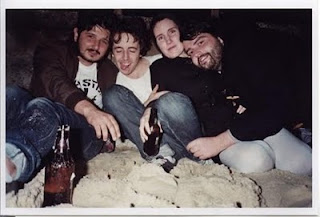 Melbourne's The Twerps are slowly rising the ranks of the garage rock movement, their twanging guitar, laconic vocals and infectious lo-fi instrumentation becoming a staple across the Australian music scene. Hopefully that adulation will rise to other continents (their first EP was recorded by Eddy Current Suppression Ring guitarist Mikey Young and was re-released via Night People). This Black Eyes 7" precedes an impending debut LP very soon (both out through Underwater Peoples), which is very exciting indeed. This is precocious yet ambling indie rock, something that Kiwi compatriots Surf City deal in a similar vein, though a little more "pretty"... It's laidback rock, not lazy, and that's the charm. It will be interesting to see if they can pull off the laconic fare across a full length album though. Still, The Twerps are an exciting little band, and that album is worth waiting out for... 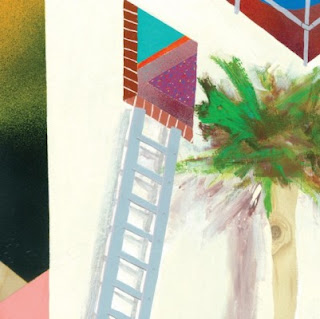