Hunkering Down With Rustic Rodents 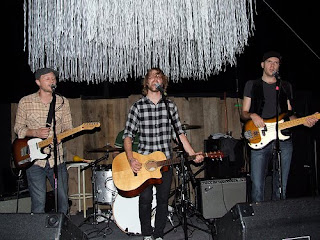 I can safely say I wasn't expecting such a down home, blues rock band like Country Mice to call Brooklyn home. But as with 99% of acts coming out of that melting pot, they come from elsewhere, with lead Jason Rueger coming all the way from Kansas. Their affinity with the likes of Neil Young, Lynyrd Skynyrd and Wilco are fully in affect on their upcoming debut album Twister, yet it is infused with the love of 90s slacker rock which gives their sound a bottom end that distorts as much as it cajoles nostalgic whimsy. They have been busy too - having banged out a couple of 7 inch recordings, the currently-obligatory cassette and recordings on Daytrotter, plus some impressive shows at South By Southwest. They may be laconic, but they are not taking prisoners. 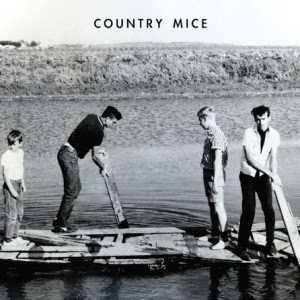 Twister is out later this month through Wao Wao Records - preorder it here..