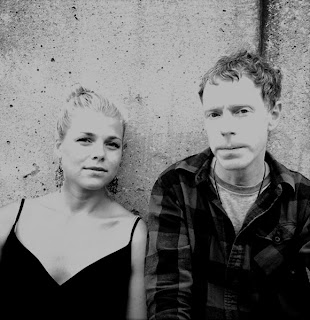 I can't say I'm a long term observer of the evolution of Lungfish - in fact I haven't really followed them at all. But before you hang me up and burn me life an effigy, I have, however, kept tabs their members. The solo work that Daniel Higgs has done as well as working with The Skull Defekts (which I spoke about here); and on Baltimore's Zomes AKA ex-Lungfishian Asa Osborne. But it's clear on Time Was (another excellent Thrill Jockey issue) that there has been a sizable shift in sonic manipulation, fidelity, scope and vision. There is no tape hiss - these tracks are clean as a whistle. The addition of Hanna Olivegren on vocals (a collaboration allegedly pushed into play by a member of The Skull Defekts) lends a pastoral, almost elemental root to Osborne's minimalist organ flourishes that grounds it, allows a focus and slipstream for his ideas to course more naturally. Olivegren's improvisational beginnings with Zomes have had time to ferment also, and the combination is something to behold - at times ethereal, at times tribal, yet remaining true to a stylistic mantra that Osborne set as a template on 2011's Earth Grid. In fact, Time Was is something of a palimpsest - Osborne's previous incantations and meanderings washed off the page and a new composition takes its place, even though remnants of yore appear like ghostly sign-posts from then to now. So whilst continual plays on repetition and melody rear their head, the amount of improvisation has been pared back, or at least intensely magnified to the point that such a performance is more second-nature than a true exploration of whim. And most importantly, its a beautiful record, with so many gems hidden within that repeated listens are mandatory, and instantly rewarded. Time Was is a pleasant surprise. 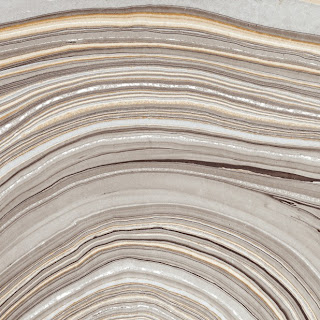