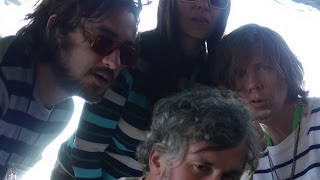 Much of the excitement over Chelsea Light Moving, Thurston Moore's new project (or at least one of many) has already died down some. Thurston played here late last year, the same time I was throwing a Sonic Masala night (Go Violets, Do The Robot, Tiny Migrants - great lineup) so I didn't see the confusion of many as Thurston, who was booked as a solo show, came on stage and proceeded to play predominantly new tracks off Chelsea Light Moving. Not that most people should have complained that hard - he is one of modern rock's geniuses, and the new record isn't all that far removed from latter Sonic Youth meanderings anyway. It cannot be avoided - the guitar, the dissonance, the laconic drawl. Shit, the man still looks the same he did in the late 80s! And it's a call to arms - a fuck you to the direction that most "edgy" rock acts take in the 21st century. And there are moments when it is clear that this quartet has the potential to become a fully formed band, such as when 'Empires Of Time' collapses heavily into a morass of chugging sludge - the sense of communal abandon feel real, and is something that has been missing in much of SY's latter releases, for better or worse...

That said, BECAUSE it's a Thurston Moore project, Chelsea Light Moving comes slightly as a letdown. The production values are a little too slick, taking away the punch from some of these tracks. That said, if it was another band you would find gravel deeply embedded in the skin underneath your jaw. Maybe it'd be the same last year, if the debut self-titled album from Metz actually had Ian Mackaye in it - sure it's good, but we've heard better from the original well-spring... 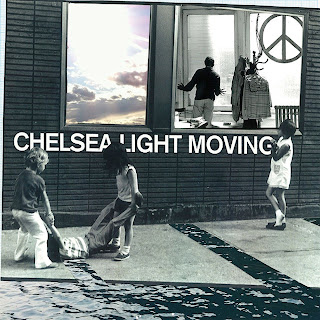 Nevertheless, Chelsea Light Moving has its moments, and it's great to see Thurston freaking out more. This band will get tighter, dirtier, louder - and then we could have an atonal masterpiece. Grab it here through Matador Records.

And to prove how great this can be...