Healing Powers From The Warped Heart Of Toronto

Received these two albums last month from Toronto's Healing Power Records. I had a flick over at the band roster and recognised The Deeep, so I dived in - and how refreshed I became. 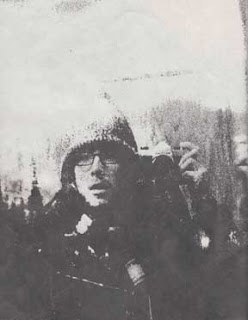 First album was Tecumseh from Matthew 'Doc' Dunn. This didn't mean much to me at first, until I realised Dunn was indeed the Doc Dunn that has been a collaborator on some of the recordings of celestial flyers MV&EE. Apparently recorded back in autumn 2008, Tecumseh blazes a languid trail through pastoral psychedelic ramblings, with touchstones of Native American mythology and pastoral associations. Canadiana? Perhaps. It makes for buoyant listening though - place the headphones on and drift. 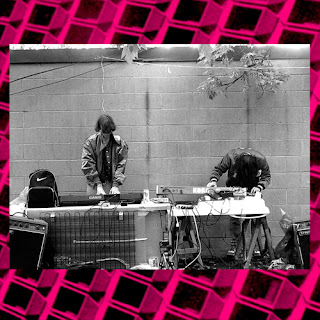 Then there's the double-headed bubbling electronica of Toblerone Boys/2 Cool 2 Hate, the double-cassette release by Toddler Body/Toblerone Boys (at least I think - it is all rather on the vague side). Aside from having a moniker that brings up often disturbing articles when plugged into a Google search, the (artist? collaboration? art installation? aliens?) provide some seriously warped trips that lie somewhere between Dan Deacon, Scraps and an aggressively deluded Tobacco, such skronky effluent should hurt the brain. Not every track works, but with the amount of material here, that isn't exactly the point. Guerrilla soundscaping under the influence of Amytal.


Healing Power also released an album from Brodie West (The Ex/Drumheller) - clearly this label has its finger on the weirder pulse of Toronto. I'll be watching these guys closely in the future.
Posted by Brendan T