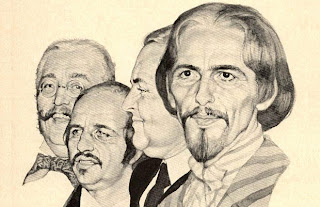 Yep, Beatles reference. I don't know - it was my dad's birthday today. He's 59, not 64, but he's the raddest guy I know, so why not link him in? I don't have much to say really, so let's get into some worthy bands that are clogging up the inbox, shall we? 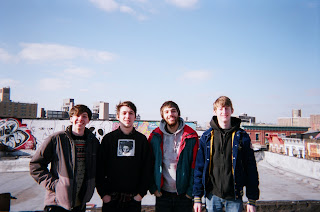 Raucous, snotty pop from NY? Yes please! Welcome LVL UP,  a band of young games-obsessed dudes who initially got together to do short stabs of lo-fi gems intercut with lengthy guitar solos. Things have moved on since then, and the quality of their Extra Worlds 7" (out through Double Double Whammy, who incidentally were responsible for putting out one of my top 10 releases of last year, Spook Houses' Trying, which you can also get here) speaks volumes. Can't get the excellence of this power pop outta my head. There is a bit of Superchunk, a dash of Built To Spill (not the last I can hear Doug Martsch in this post...), a dollop of Pavement, a smidgen of downer pop ('Totally Ruined' is a killer track), a pinch of The Thermals... It's just an amazing little offering. Very happy about this one. 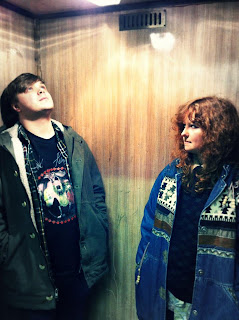 'Tie Or Die' is obnoxious, bratty, catchy and loud. Makes sense really, seeing as the 7" is from Manchester duo Bad Grammar, who have been picked up by Gravy Records (Bitches, Divorce, Fever Fever). The band deals in noise pop that is visceral, insistent and hypercolour, to the point where you can headbutt a wall without fear and see rainbows flow from the wounds. This kind of frenetic, fun riff-raff is always up my street, as is a B-side called 'Ace Adventura'. These kids are alright (and see the cover art for the 7" below - seriously rad). 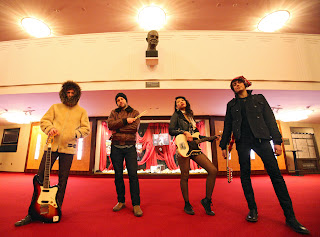 Shark Week are a quartet out of Washington DC whose three-song eponymous EP last year blew all and sundry away with their short, effervescent slabs of bluesy garage pop, think glory days of 70s and Johnny Thunders in his swaggerific prime (pick it up here). It was the energy that sizzled through these tracks that really electrified, and the band went on to mesmerise audiences at SXSW last month. They are all about having a good time, ensuring that everyone else gets groovin' too, and their new song 'Baby Maybe' continues the trend. Goddamn if I wouldn't have a memorably debaucherous (yet good natured) night at one of these shows. Bring on the good times. 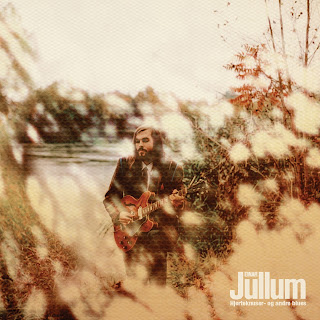 Einar Jullum is a dude from Oslo, now based in Montreal, that has crafted a pretty chill record on Hjerteknuser - og andre blues. Jullum sings in Norwegian and it swings from Devin swagger blues, to Elliot Smith melancholia and weary chagrin, to quirky folk about-turns. It's a eclectic trip that, to me at least, suits the Montreal climes - I can envision this killing in a small bar in the dead of winter. It's very iconic, and deserves to be heard. See what you reckon - you can get it (via the great Kinnta Records) here. 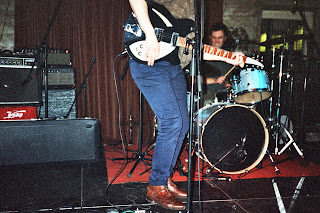 If I told you about a cool surf-indie-pop band called Tough Guys Of America, with a song called 'Jersey Shore', where would you assume they come from? I'm pretty sure your last guess would have been Belgrade, Serbia... Yet this band, much like VVhile that I came across earlier this year, inherently hold an electric undercurrent to this band, infused with a playfulness that is leagues apart from their Stateside brethren, and makes them inimitably more interesting because of it. There is a definite Real Estate vibe, but I imagine they are swinging their feet from a li-lo and drinking beer on Ada Ciganlija Island (I had a rad time there back in 2009 - still, it ain't Big Sur...). I hope we hear more about these guys in the near future. 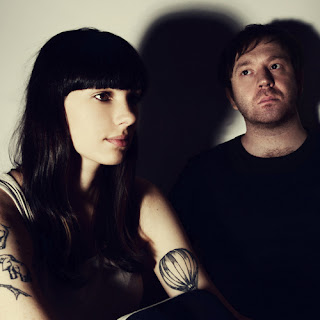 Brooklyn's Field Mouse embody a 90s indie sound that was massive (and therefore not really 'indie' in the true sense) but with more feedback. Rachel Browne's vocals have that same drawl too. But there is something about these guys that promises something special. 'Tomorrow Was Yesterday' has a hint of poppier Built To Spill with its construction too, which will always strike a chord. Time will tell, yet it's clear that they are workhorses too, going on a massive tour starting next week. I'm willing to wager they will come through it A-OK. 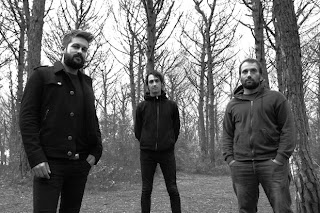 We finish up in Italy, a country not overly renowned for their elegant post-rock. Yet in Soundtrack For A Quiet Place, Elara have something quite special to offer. Recorded in the Republic of San Marino (I'm pretty sure this is the first record I have ever listened to - definitely owned - that is from this region...), the three-track EP valiantly attempts to create a score for the warmest memories of the soul - those places that are indelibly burnt into your mind, filled with love, warmth and glory.  Lofty ambitions, but the classical touches that colour the edges of tracks like 'We Are Infinite' proves that they are on the right track. You can get Soundtrack For A Quiet Place through Fluttery Records here.

Elara - Me & You Under The Aurora Borealis