The Pond? Michael's In The Pond! 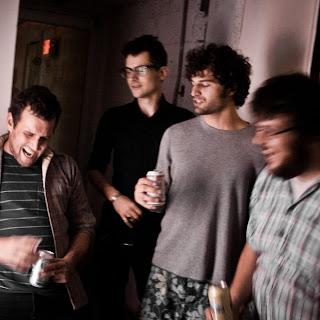 Ah, I've always wanted a legitimate reason to quote that here on Planet Masala, and thanks to Brooklyn's resident rust-edged slackers Shark? (who I've spoken of before when they released True Waste in 2011), it has been handed to me on a platter like the head of John the Baptist.

But we aren't here to talk about Amity Island OR gruesome moments in biblical history - we are here to get excited about California Grrls, Shark?'s debut single release (out through Old Flame Records - responsible for putting out Total Babes, The Pharmacy and early Cloud Nothings - earlier this month on blood-red cassette), which is in itself a taster of their incumbent LP Savior. What impresses me about this band is their cross-sectional sound - the off-kilter surf rock that Black Francis and his Pixies were guilty of, the loose DIY blueprint embedded in the compositions a la Robert Pollard at his most acerbic - yet there is nothing truly malicious here - its four dudes getting rolling drunk on rocking out. Which makes the question mark that signifies their band name so poignant - sharks are fucking cool, the king of their domain, but they are also pretty damn dangerous, which doesn't fit - or does it? Confusion reigns. Much like 'California Grrls' - a quiet intro leads to some skronky shambling garage rock that holds all but disdain, which would have David Lee Roth rolling in his grave, such is his love for the West Coast ladies (what do you mean, he isn't dead?) 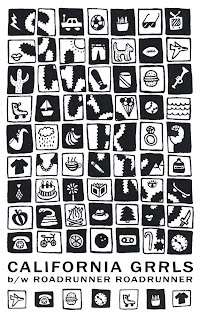 California Grrls can be bought here.