I missed the post I was going to do updating what Metal Postcard Records is involved with of recent months, so I'm jamming two together, starting with Shanghai's Stalin Gardens. 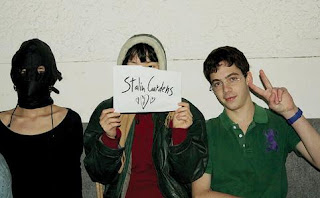 A Chinese band influenced by Swans and the Birthday Party? You better believe it. Shanghai Void plays like the film Jacob's Ladder directed by Gaspar Noe - rooted in the real world, yet a creeping sense of dread pervades throughout, with sudden bursts of feverish noise, intertwining confrontational sexuality and violence with stop/start convulsions. This kind of bowel punk, like Gira and Moore hanging around the basements of Copenhagen, is even more disembodied due to the geography that it screams out of. Even on their Bandcamp the trio fuck with you, charging between $100 and $600 for the download of one song. 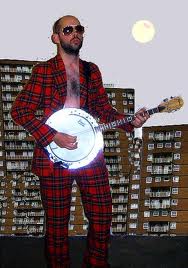 Also recently shot out the birth canal is Skill, Stamina and Luck, the decidedly weird album from Glasgow native Dub Chieftain. This record took me a couple listens to truly get what was going on. Whilst some tracks are immediately penetrable (the 8 minute frenetic instrumental opener 'In Amongst It', 8-bit friendly 'Erraweetrack' and the mewling, geek-hop 'New to Me' come with candy embedded within their sonic DNA), it is the warbled half-speed early-Beck ramblings of 'Increase the Dose' and the dub-centric 'Four Track Mind' that at first seem out of place. The intermittent use of mandolin and banjo throughout further distances Skill... from any sense of reality. Yet its the eclecticism and off-kilter humour in the brogue-inflected vocals that string these aural beads into a gaudy, garish yet palatable sugar-rush whole, like a Lifesaver bracelet.

You can grab both albums here.