Honesty Clashes On The Beach 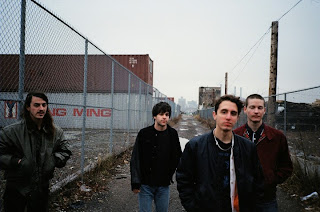 Just a quick post bout Clash The Truth, the new album from Dustin Payseur and his Beach Fossils. I remember when his self-titled record came on the scene at the beginnings of a time when lo-fi post-punk pop was king, especially from Brooklyn. Since then we have had Wild Nothing, Hanoi Janes, DIIV, Surfer Blood, Real Estate, Ducktails, Craft Spells - the list goes on and on. So at the beginnings of 2013 Beach Fossils return with their second LP (on Captured Tracks once more), Payseur now with a band in tow, and it would be easy to surmise that the lustre would have worn off, that the rich vein that has been mined so far over the past few years would have dried up. But for the most part, Clash The Truth is an incredibly strong, affecting, addictive listen. The immediacy of having a band frees Payseur to open up the shoulders and really throw himself into these tunes, so songs like the title track and 'Careless' are fast and furious, warm and urgent. There is Balearic fare too - the instrumental 'Modern Holiday', the forlorn 'Sleep Apnea'. At times it feels these track rollick along too fast, where there was still room to grow and breathe. But when a chiming cruiser like 'Shallow' flies in at you, you can't help but be swept away by the juxtaposition of Payseur's laconic vocals and the intense instrumentation. Clash The Truth is a great follow up album, and cements Beach Fossils as much more than a passing fad. 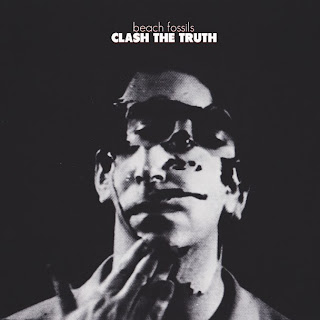 You can - and should - grab Clash The Truth here.