Third Crack At The Skull 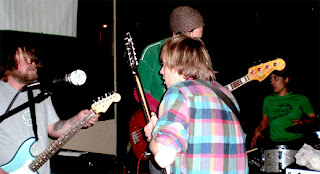 Portland's Eat Skull exist in a netherworld of churning hydraulics and gurning hysterics, a puerile, deadbeat bunch that revel in a no-fi miasma of noise and inertia. This would put them on the second tier, neither here nor there, a band that rarely left their nihilistic domain, were shite on record but incendiary live (if you were lucky enough to find them in a dilapidated art gallery or underneath a bridge) - if it weren't for the fact that the four-piece hide well-written pop compositions underneath the clatter and debris. Siltbreeze may have latched onto the nascent nihilism of their sound on debut record Sick & Tired - an album that should be good, if not for all the aural sandpaper scouring away your eardrums -  but others saw the melodicism beneath. I had the luxury of seeing them support Ganglians around Xmas 2010 at XOYO in London, and they wiped the floor with those hippies - then bizarrely made it over to Australia for another spate of fun-filled shows. Nevertheless it felt like the potential had not been maxed out - not by a long shot. The boys became more open with their songwriting on Wild and Inside, and have perfected their move out under the waterfall of static and abrasion with III, startling in its fidelity, whilst also vindicating the beliefs of many that Eat Skull were...you know...actually good.

That's not to say that their third LP is straightforward,  accessible fare - not by a long shot (e.g. 'How Do I Know When To Say Goodnight' is some synth freakout that will infuriate and energise in equal measure; 'Twin Sikk Moons' offers the noise, without the tinnitus) - but its leaps and bounds the best thing they have produced sonically. I still long for tracks like 'Stick To The Formula' or 'New Confinement' to receive such luminous treatment in the studio, and maybe the next album will push Eat Skull into that upper echelon. But until then, III is incredible in parts, with a few tracks destined to signify what it actually means to be Eat Skull, without the shitgaze. 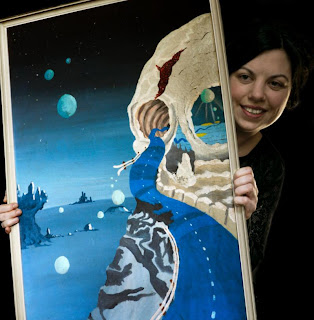 III is out through Woodsist - you can grab it here.