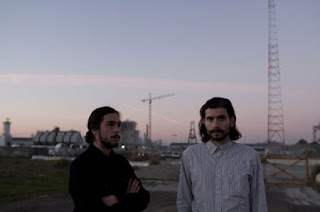 I finish off the week, and my two week catch-up with Thrill Jockey releases with one of my favourite current  affiliates from the Chicago label. Jon Porras and Evan Caminiti are strong drone explorers in their own right, but their forces are at their greatest when together as Barn Owl, having carved out some of the best desert-scorched psych releases in recent times. You could say I am a bit of a fan - Ancestral Star from 2010 is a minor masterpiece in my humble opinion, and Shadowland and Lost In The Glare (both from 2011) continue this excellent beginning. Yet I have been taken aback by their latest offering, V. Their guitar-driven aural invasions this time have been extremely tempered, underpinned by sonorous electronics that somehow augment the unnerving atmospherics to a razor's edge. This is ambiance in a desolate, desecrated concrete jungle, all twisted metal and human ashes, yet hope exists beneath the surface. It's insidious, so much so that by album's end you don't care that the guitar drones you came to the record for in the first place are almost non-existent. That in itself is a admirable feat. The true magic is the realisation that you don't care. Five releases in four years, and the serpentine meanderings of Porras and Caminiti continue to enthral. 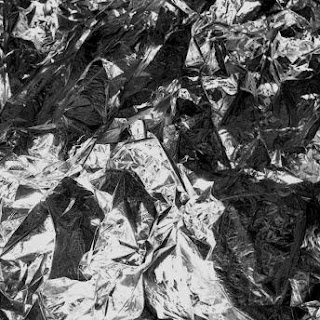