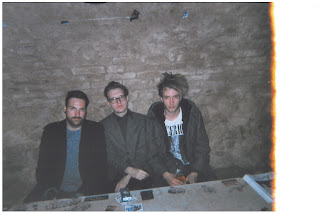 It's been a while since I've partaken in something from Shawn Reed's Night People label, yet in Kraken, the  EP from Germany's unhappybirthday, I have fallen in love. Night People have brought out some excellent things of recent times, most notably Dylan Ettinger's Crucify My Love and Merchandise's "return to form" record Totale Nite, yet on Kraken I can't remember ever having heard something so 80s indebted and yet so simple and warm. It helps that Daniel Ja's vocals are both German and have the husky, distant timbre that evokes Vaseline-lensed cameras and lily-gilded windowsills, black overcoats and gondola rides in narrow canals through an urban jungle on an overcast day. I mean, the title track could be an amalgam of Adelaide's now defunct band Bit By Bats' 'Dance The Dance' and The Cure's 'Lovesong'! Albeit in German. Nevertheless, the plink-plonk simplicity of the keys and guitar lines, the drum machine so clean and yet so basic - it reminds me that music this good doesn't have to be intricate, drawn out or segmented. The band describes itself as "raincoat pop" - it makes a quirky kind of sense. From the first strains of 'Fargo', Kraken has struck a chord and I haven't been able to stray from its New Romantic clutches. Coldwave be damned (coldwave...urgh), long live raincoat pop! 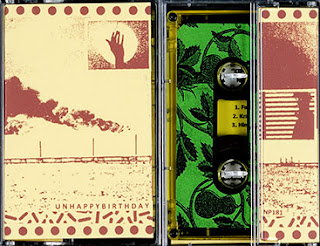