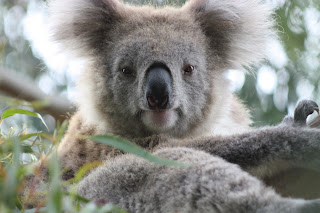 Are you as laidback as this character? I hope so. And many of our current crop of killer Aussie bands are too. Let's check some out. 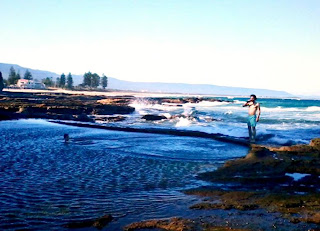 Andre is the band of Andre Vanderwert, who is one of the carousel players in Hot Palms (I wrote warmly of them only last week). Andre isn't alone on this endeavour though, incorporating Jordan Ireland (The Middle East), Marc Requeiro-McKelvie (New Estate, Popolice, Teeth & Tongue), Hot Palm's Alec Marshall and members of The Ocean Part amongst others. The band has put out a helluva a lot recently: Too Much Talk was a cassette that came out in November; the Do Watchya Want CD-r in February; and the Mend b/w Have 7" this month (all out on Why Don't You Believe Me? Records - they are all available here). This shit is golden - more sonorous and accessible than some of their contemporaries, raucous, maudlin, grungy, gritty, funny - it's just damned fine. Get onto it, NOW -  these guys need to be playing much more often. 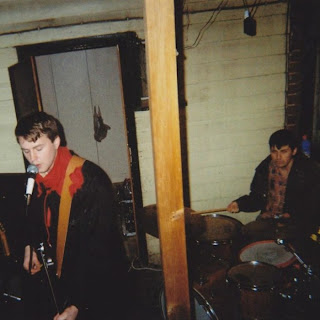 Speaking of The Ocean Party, one of their members Curtis Wakeling also moonlights as Velcro - his Wagga Wagga EP was one of my fave short-form releases of last year (check that out here). Well he now has a new lineup, and the trio are backing up with 'Bottle Shop' - distinctly Australian in tone and demeanour, with a perfectly calibrated pop composition ensuring this sticks like a burr. So easy, so effortless, so whimsical, so so good. There's promise of a full length later this year - consider all extremities crossed for that one. 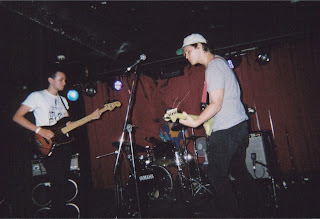 Now I'm cramming three bands in at once here, but they all contain the Ford brothers, Daniel and Matt. These Brissy-based siblings are the nicest, coolest dudes who are also cornering the market up here with excellent bands. The most prominent at this point in time is scratchy dreamers Black Vacation - so much so that they have scored recent supports for Wild Nothing. Their Scarred Glass EP is fantastic, if rough, and their newer material is much stronger - making them a deliciously dangerous proposition indeed. Not to be outdone, there is Kids Cryptic, a stomping, shambolic slice of garage flights of fantasy; and newest incarnation Thigh Master (man, these guys should be band name generators!) which is darker, dirgier, and also filled with sparkling gems (and are on the support bill for King Tuff tomorrow night here at the Primitive Room). If you haven't heard of these bands, or these boys, guaranteed you will have by year's end.

And here is some footage of the excellent Thigh Master, filmed at Rics around the same time... 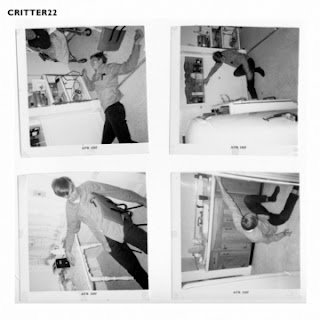 Whilst Greg Boring may have been better suited in my first post (and was, in fact, meant to be there), the Brisbane noise mumblers slot into the transient debris and shimmering sweatheaps that make up the Queensland capital's 'burbs. The band is not really a band - it's a happening, an anachronistic algae, an osmosis. It springs out of the cracks, delivers short stabs of melting casiotone combustions and wilting malapropisms before disappearing once more amongst the cigarette butts, vomit stains and saliva sprays. Yet they have also got an album out - Heavy Syrup - and the fact that its received an European release (through the ever excellent Critical Heights - grab it here) is unfathomable - and yet prescient. And while the molasses-paced tracks capture the band in "full swing", it never truly intimates how destitute, how coagulated, how haggard, yet utterly of its moment their live shows are. Fucks me when the next one will be either - I don't think even they know. 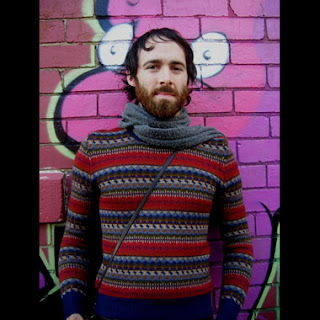 Great Earthquake is Melbourne's Noel Symons. The one-man looped-up melody maker has just released his sophomore record, Mind Maps, and its a quivering miasma of sounds, using a wide variety of instruments and samples to augment his own eclectic drumming patterns, and what is left is an album fully in tune with its master's whims and wishes. It swells and crashes in such a diverse fashion, weaving a meshed curtain of pastoral warmth, pagan rhythms and soaring vocal chants. Great Earthquake launches Mind Maps officially in May, starting with a show at the Tote in Melbourne Saturday May 4 and finishing with a show at The Waiting Room Friday May 17 (supported by the equally impressive McKisko and Sadglint) and taking on a supporting role under a Ghost Notes single launch out at Southside Tea Room the following evening.

I'm yet to see the wistful quirk of Wonderfuls play the traps yet, but based on the limited output the Brisbane outfit has bled onto tape, it would be a woozy, lysergic mess of an epiphany. Salty Town is a cracked malaise, washed down the sink into the underbelly of desperation and despair, all masked by a gauzy air of sun-damaged hope. Bobby's voice, flat and monotone, is the centrifugal force, and what pushes everything over the crumbling edge into the abyss of confusion and inertia - Harmony Korine via literary touchstones Praise and The Dead Heart for the ears. Can you escape? And if so, will you want to? Salty Town will be coming out on vinyl soon. 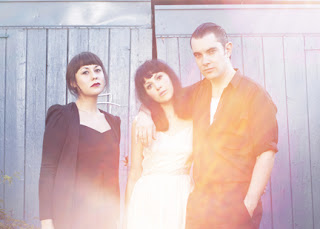 Let's close this shop up with Pearls. I was shown this band by close mate Wilk, proclaiming their burgeoning talents, and he wasn't wrong. They slipped a self-titled EP out into the ether December last year without many people noticing, which is diabolical because these four tracks are damn fine. People are noticing though - they toured with A Place To Bury Strangers earlier in 2013, and have picked up the support for the muchly anticipated Bardo Pond tour in August. Not bad at all.