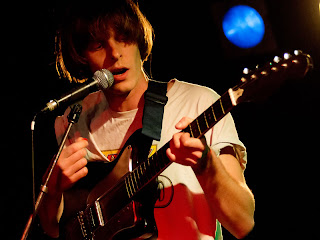 It's sad when something of a gem falls at your feet, only to find out that you cannot bask in its glory. That was me and Nirvana - as a thirteen year old I was a little late to the party when ol Cobain dusted his cranium. And of course that speaks to a lot of past glories - the Beatles, the Kinks, the Who, Fugazi... And I've been lucky enough to see bands re surge to something that has equalled if not eclipsed those younger days of their musical heights (Swans, Dinosaur Jr and Godspeed You! Black Emperor being the latest and most prominent of these acts).

But it is much more likely that you will blink and miss a local act. In Brisbane and other ephemeral melting pots like it in the world, there are so many side-projects, vanity features and one-offs that it is easy to have something slip through your fingers before you even knew it existed. One such band was almost James X Boyd & the Boydoids. Essentially a solo venture for James Boyd (Velociraptor, Running Gun Sound, The Majors), he has been doing the local circuit in sporadic bits and bursts over the past year, first back by the CEOs and now with the much more excellent Boydoids. And just as he releases his first album, Boyd announces that he is winging his way to Europe, thus the likelihood of catching these tracks on this excellent debut record has gone down to slim to none. Which is a downright shame, because this lil bruiser (put out in cassette form by Long Gone Records, with rumours rumbling a vinyl version is in the near future) is one of the best troubadour-esque albums to come out of Australia in a looooong time. Whilst I'd be wary to put it on the same pedestal as Gareth Liddiard's Strange Tourist or Ben Salter's The Cat, in my opinion James X Boyd & the Boydoids is at least on the same dais, even if it's taking out the bronze. It’s understated, it’s founded in a juxtaposition of posturing and frailty, it’s very funny, and it is incredibly measured, dry, well-rounded pop of the highest esteem.

The music itself is tempered, an engine to drive Boyd further into the spotlight. It comes back to Boyd’s drawled, distinctly Australian vocal delivery, and those laconic lyrics that are as steeped in abject romanticism as they are watching The Simpsons and Sunday morning blues. Ordering takeout “if you want to”, singing songs that you can’t get wrong, ditching jobs and travelling the world with painted shoes, being in the movies with friends and people you love – it’s all highlighted with wryness and effervescence, warmth and a twinkle in the eye. And it is indelibly entrenched in the Sunshine State – Blue Apia’s banana trees proving to be a beautiful sight to see, whilst Brunswick Street Junkies revels in seesawing love and revulsion of the tenacity of a Fortitude Valley addict. Boyd’s skewed lyricism is something to behold, and it deserves to be front and centre amongst the warmly buzzing guitars, the subtle piano, and the languid brushstrokes. 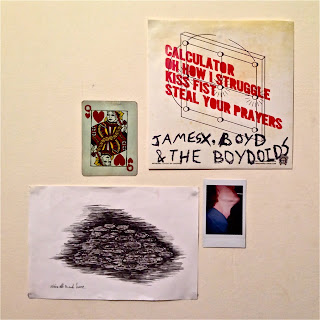 Check the album out below, and buy it here. He does have one final show next Wednesday night, ANZAC eve, at Alhambra Lounge alongside Velociraptor, The Good Sports and Pool Room. It's the official album launch too - it would be sensible to make your way along, I think, don't you? Grab a ticket here.