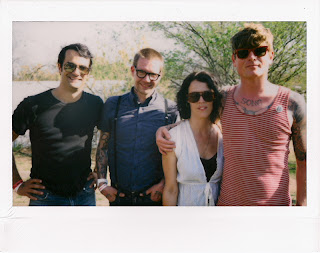 It feel perfunctory telling you how good SF garage leviathans Thee Oh Sees' latest record Floating Coffin is. But then again, I probably should tell you that out of all of Dwyer and co's albums, this has been by far and large the most addictive album from start to finish for me - it's been locked in my car stereo since before Easter, and isn't likely to budge anytime soon. Below is a paraphrased version of the review I wrote for theMusic.com.au - check that one out here.

Five seconds into opening track 'I Come From The Mountain'  and it’s clear that the band, rather than diluting their style from overexposure the quartet are at supernova levels of intensity, ferocity and excellence. Like kindred spirit Ty Segall, Dwyer is a magnetic force, a feverish maelstrom of energy with an endless supply of riffs, melodies and yelps at his disposal. And like Segall, who took his garage rock DNA and fused it with Seventies era hard rock on 2012’s Slaughterhouse, Floating Coffin (out through Freeform Patterns and Fuse in Australia, Castle Face elsewhere) is a ramped up affair, perfectly augmenting last year’s great Putrifiers II in almost every conceivable facet.

'No Spell' wafts along like a sonorous Californian pop number, Brigid Dawson’s vocals deliberately flirting with the saccharine before being cut in half by a killer riff and Dwyer’s ecstatic bark; the feverish growl of ingenuously-named 'Strawberries 1 + 2' is a face-melter in the purest sense, before entering a intense motorik swirl into psych country; 'Night Crawler' takes a left-turn into spaced-out phasers and languid turns, before 'Sweet Helicopter' lifts off, and back into the stratosphere we go. 'Toe Cutter/Thumb Buster' best exemplifies the two extremes in the band’s blueprint, and is one of their best tracks because of it.

Not that other sonic artillery was necessary, but Dwyer ropes in the likes of luminaries Kelley Stoltz and Lars Finberg (A-Frames, The Intelligence, whose presence is truly felt on penultimate killer 'Tunnel Time' - which I might also add, is the closest I've ever heard a TOS song actually sound like local acolytes Tiny Migrants - kudos guys!), and the overall final product is addictive, breath-taking brilliance. 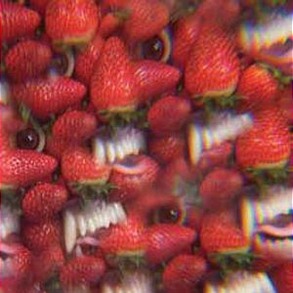