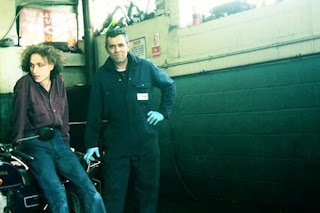 Whilst I have had a love/hate relationship with revisionist slack-dogs Yuck (hated the first two gigs I saw, then they released the album that went supernova, couldn't understand it, decided to listen to it months later, kinda dug it, saw them at Laneway and they killed), I have to admit I was shocked when last week I heard the news that frontman Daniel Blumberg had walked out on them, just as they were beginning the writing and recording of their second LP. The fact that the other band members will continue on as Yuck is bewildering seeing as Blumberg was essentially the anchor, the centrifugal force of the band. 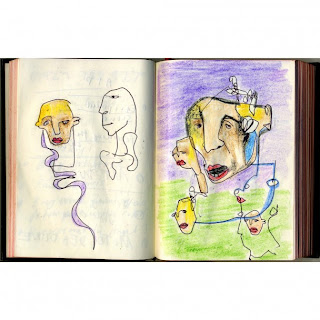 I don't know what happened, but I do know that Blumberg's "passion project" Hebronix sounds like its on the right track. Maybe the complete freedom and control will work wonders - and whilst first taster 'Unreal' doesn't necessarily set the world on fire, it certainly remains a pretty good track. 'Unreal' is set to be the title track of the upcoming LP that'll be out on ATP Recordings in July. If you are in London tonight, Hebronix is airing these tracks and more at the Barbican when he supports slowcore legends Low - talk about a killer venue for it! Get there.