The Marnie, The Witch and the Wardrobe (And Me) 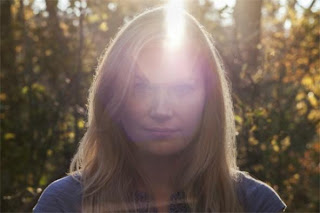 Man, I am sooooooo in love with Marnie Stern. I apologise to my fiance, I do, but head over heels, right here. She is an awesome guitarist, songwriter, she gets Zach Hill and Kid Millions to drum with her - that is just some fucking ridiculous shit right there. I could go on. She also seems kind of stupid, as in she loves to muck around just as much as she does to hunker down with her guitar and blow everyone away, which every truly cool person must be. Because the truly cool person, is actually someone just like you and me - except they are really good at something, and it doesn't change them. Her new record, The Chronicles of Marnia, may not be in the same frenetic mash-up of previous recordings, but she nails even more because of that - there is bright, shiny pop mannerisms hiding underneath the manic aural colour streams. It's like Ponytail in structured form. I wrote a review of the album already for theMusic.com.au, and I've posted it below. (And by the way, Marnie, you should have extended your Win A Date comp to Brisbane, Australia. Just sayin'). 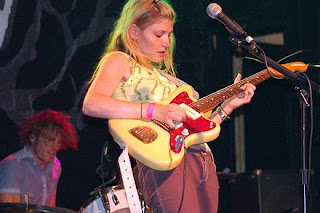 Bursting forth like a clusterbomb created by art-noise tricksters Ponytail and Lightning Bolt (helped by the fact that the drumming duties, normally held by eight-armed Zach Hill, are pinned down by Oneida’s whirling dervish, Kid Millions), Year Of The Glad, Marnie Stern’s opening salvo on fourth album The Chronicles Of Marnia, sets the tone for the entire record. Still featuring the jawdropping fretwork dexterity that Stern is rightly renowned for, the track is a maelstrom of hypercolour explosions for the ears, Stern’s high-pitched vocals swinging from shrieking vowels to hushed murmurs, all evoking a sense of giddy joy.

Yet Stern has always countered her manic musical presence with a lyrical inversion, straddling euphoria and melancholy in equal measure. And so it continues here: the raucous math-rock punch of You Don’t Turn Down is punctuated by Stern’s finger-tapping brilliance and a machine gun delivery in the middle third that decries I’m losing hope in my body; Noonan’s fizzing energy belies a tiredness as Stern implores Don’t you want to be somebody?/And you kept on bringing me down; the kaleidoscopic singsong of Nothing Is Easy underscores Stern’s proclivity for soldiering on. This continual tug-of-war is what electrifies Stern as a person and an artist, and The Chronicles of Marnia has perfectly captured this in all its effervescent glory.

And the pendulum continues to swing – the one-two punch of closers Proof Of Life (with Stern imploring All my life, it’s based on fantasy/And all the gods, they’ve stopped talking to me offering lows which seem bottomless) and the feverish Hell Yes (which quivers and jitters uncontrollably, and purred vocals I won’t give in/I won’t give up/All I’ve got is time). Marnie Stern may feel torn, yet there’s no need to be – her musical legacy continues to energise and impress. 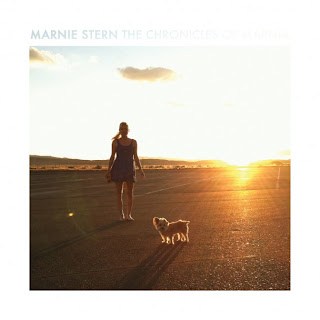 You can get The Chronicles Of Marnia through Kill Rockstars here.

Marnie Stern - Year Of The Glad

Marnie Stern - You Don't Turn Down