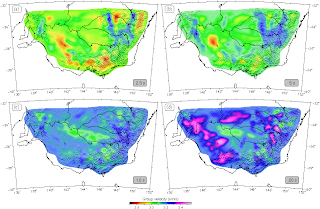 Seeing as it is ANZAC Day here in Australia, and seeing as I have the day off, and seeing as there is a lot of great local stuff that has been languishing in the inbox over the past few months, I'm dedicating today to a series of posts that will focus predominantly on great releases that may not have gotten the coverage they rightly deserve. This first one is delving into the more ambient, electronic, experimental side of things - there will be a look at some bands that adhere to the slacker pop ethos (or thereabouts - we're killing it for variants of this "sound") then end off the day with a collection of the rest (read: LOUD).

Starting off we have Angel Eyes, an act that isn't really flying  under the radar (Andrew Cowie's project has been flaunted by Not Not Fun in the past), but nevertheless their Final Fare LP deserves much praise. Out through Bedroom Suck, the synth warbles that emanate from this set of songs epitomises the kind of lysergic manipulated meanderings that seem wayward and opaque, yet steals your heart while you are bewildered and hypnotised; Mega City One and Blade Runner aural clash, all dirty neon and base desires - the perfect crime. Cowie is clearly becoming more comfortable in his own skin, and the results are often breathtaking; miles above most other pretenders in this sonic realm. You really should get this - and you can, from here. 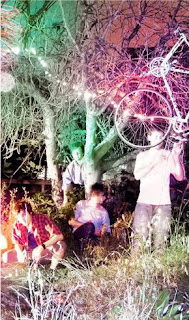 Out through Fallopian Tunes Records, Syrup is the second EP from Melbourne's Yolke. The self-proclaimed psych-ambient quartet have spent last month touring the US, pushing their regenerative hypnogenics onto all and sundry, and the strength of the drifting dreamscapes here, augmented by Errol Green's sonorous vocals wavering above and behind the mix, is palpable. Aural Ecstasy with added Tortoise bass warm and fuzzies (listen to 'Tough Times', you'll get it). I'm hoping this floats into the right slipstream, because Syrup is such a great release. Have a listen below, see what you think, and if you like, buy it from here. 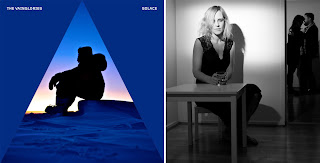 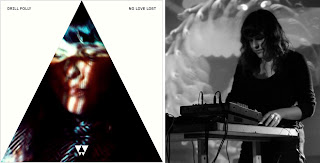 I have neglected the excellent digital releases from Wood & Wire (AGAIN...) but here are two that I particularly enjoy, Solace by Gillian Lever AKA The Vainglories, and Sarah Phelan (TANTRUMS)'s pseudonym as solo production maniac Drill Folly's No Love Lost. The former is a darker sojourn into the depths of isolation, yet the murkier undercurrents are highlighted by space and the occasional bright melody, alluding to the search for solace as a positive retreat, not just a forced ostracision. Think of some of the work from Crow and The Dirty Three on the Praise soundtrack, and you are in the same early-morning park. It's stark, elegiac, and often quite beautiful. In contrast, Drill Folly is all about machinery - manipulation, combustion, morphology, dependence, therapy. No Love Lost is not an easy listen, but then again it was made with isolation and headphones in mind. Give yourself into the stilted industrial sounds, though, and a warmer, existential focus comes to the fore. Extremely interesting stuff. 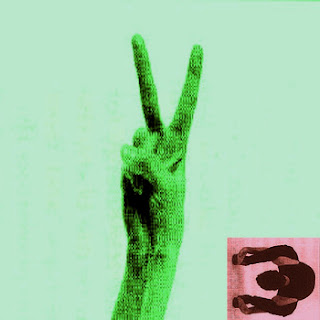 Sydney's The Knechts defies easy categorisation. Delving in improvisation and electronica, every genre is grabbed, throttled and spliced. Divination, their latest release through Etch_Music, straddles some desert drone and garage rock before breaking ranks in a free-jazz downward spiral, all greasy sweat and cotton tongue, before the headache comes back in force and you know you are still alive. It's a schizophrenic listen, one that rewards from different quarters from each protracted listen. Give it a shot, straight into your earhole. 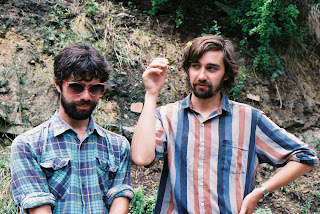 When a band called Footy fell into the inbox, I was prepared to throw it into the bin sight unseen (sound unheard). But I saw it was from Lost & Lonesome, responsible for putting out gear by the likes of Deerhoof, Great Earthquake and Milk Teddy, so I spun Mobile Cemetery and was most pleasantly surprised. Footy are an experimental electric piano duo from Melbourne, and this debut LP showcases the duo's listless meandering drives through the industrial fringe suburbs of the Victorian capital - yet could be through the broken-down urban wastelands of anywhere. It's beautifully haunting, occasionally funny (not sure if it's intentional, but it also isn't derogatory - the humorous shifts in tone such as on the title track are welcomed) and wholly immersive. It's out May 3 - I suggest you pre-order it here. 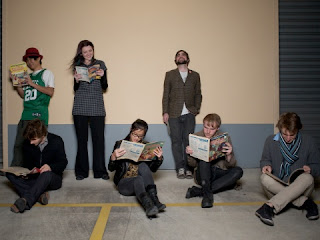 Nonsemble is a chamber pop experiment led by Chris Perren (Mr Maps) to explore compositional positions within certain genres. As part of tertiary studies (doctorates and the such), Practical Mechanics is the result of much of this analysis, and sees Perren adhering the ideas of the likes of Yann Tiersen and Michael Nyman to more materialist, "commercial" fare. Its a noble and often very rewarding result, and toys with emotions and pace, ambiguity and listener interaction. Above all, it's great. you can listen to it here. No plans to release it in a physical context...yet. So hassle them here to make it happen.

Nonsemble - Constructional Details Of A Novel and Fascinating Machine 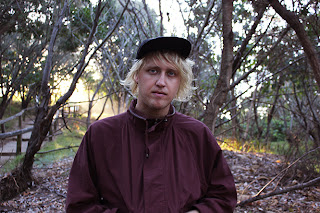 Finally I was trying to get a headlining act for a show I put on back in February (I ended up sticking with video game revisionists Boss Fight, and it was damn killer) and I stumbled across Nimble Animal. This comes around full circle, because although Dumb Dirge came out last year, it was on Fallopian Tunes, same as Yolke, and bears some passing resemblance to Angel Eyes' wares. The moniker for Dom Stephens (who also works under the Outerwaves nom de plume and used to front Oh Ye Denver Birds), nimble Animal utilises tape machine processing and manipulation, circuit bending, analogue drum machines and intentionally distorted instruments to create a warm bed of bristling synth and dense musical wizardry. In short, it's fucking rad. So have the entire album to chew on.


Man, I need a break. See you in a few hours with a metric shit tonne more sounds!
Posted by Brendan T