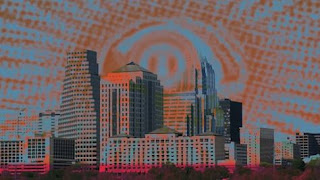 This weekend marks the 6th Austin Psych Fest, an event that I've wanted to go to since its inception...six years ago (funny, that). The closest I've come though is seeing Brissie band Dreamtime get on the bill this year. There will be a chance in the near future where I will be partaking in a weekend of excellent psych rock from around the globe, but until then, here are six bands that are on the bill, and for whatever reason I haven't posted about them yet (or for a while). 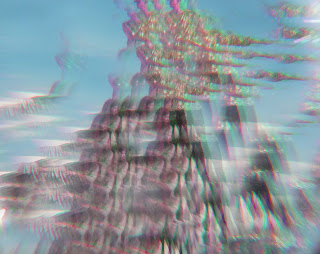 JJUUJJUU is a duo from LA that love their music long, elongated, a little weird, and very astrally inclined. They have just released their debut LP FRST (through Beyond Beyond Is Beyond - you can grab it here) which is a burnt slab of distorted retina burners. Already the band is gleaning shows with the likes of Cosmonauts and some pretty amazing festivals such as Desert Daze and Psych De Mayo, and are worthy of the high praise. 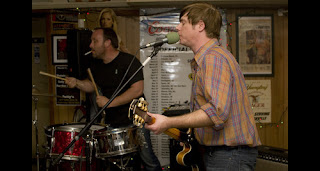 Another impressive duo dirge is Nashville's Ttotals, who have just released Spectrums Of Light 7" yesterday through Twin Lakes Records. The squalling echo that emanates on the periphery should be familiar - the tracks were mastered by Sonic Boom (Spacemen 3/Spectrum). These blue desert wanderers delve elbow deep into the dark stuff before launching forth with a crashing fury. Remember when QOTSA where kinda exciting? 'Tricks Of The Trade' holds much of that Rated R magic in its veins, whilst 'Sometimes You Just Are' plays back like a record in reverse, and is just as menacing. Get it here.

Ttotals - Tricks Of The Trade 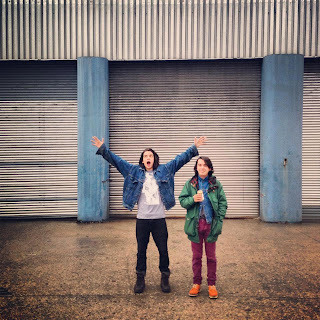 Continuing on with the unintentional trend of psych duos, most of you will be familiar with the swirling psychedelia of Chile's The Holydrug Couple. They brought out Noctuary a couple months ago through Sacred Bones, and it's a cracker. At its core is a golden hue that emanates out of the speakers and cocoons you, a natural high of the highest supply. Everything feels out of sync, at half-pace, ethereal and enraptured in the paisley underground of 60s psych pop (they even have a song called 'Paisley' for Chrissakes!). Its lustrous, its elegant, above all its excellent. Get it here.

The Holydrug Couple - It's Dawning 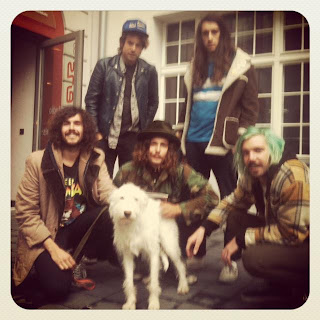 Cosa Mesa's favourite junkyard bums The Growlers have just released a new album, Hung At Heart, through Everloving Records. You might remember that one of my favourite songs from the last few years is their 'Graveyard's Full'. And although there hasn't been a song on this album that grabbed me like that one did, it's a solid slice of lo-fi doo-wop skewering, shanties for the disenchanted, ballads for the murderous. I really want to see this band - and if you're in Austin this weekend, you lucky devils, you really should. Dusty Box Social twinkles from Hell. Get Hung At Heart here. 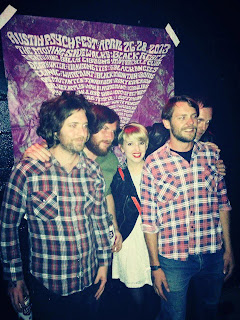 Now I mentioned Brisbane's Dreamtime were in Austin for the APF. Well they aren't the only Aussie reps, as The Black Ryder, The Laurels, and these guys will be blowing all and sundry away. Adelaide's Ride Into The Sun have an added in here - their upcoming album was recorded by none other than Black Angels frontman Alex Maas last year whilst the band toured the Harvest festivals. While we wait for that to drop with sweaty palms, here is the 7" they released to tantalise the third eye. 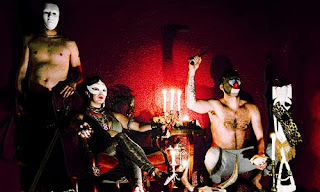 I bought World Music on Record Store Day for a number of reasons. Firstly, the cover art - of many vibrant colours, with W's and M's cut out of the front - was pretty spectacular. Secondly, it was in 180gm clear vinyl and look delectable. Finally (and most importantly) it's the new album from Swedish psych band Goat. This is hands down one of the best psych records I have heard in years - IN YEARS. Writing only this much is not giving it justice, but trust me, it will be in the reckoning for top honours come year's end. You can get it via Stranded Rekords here. 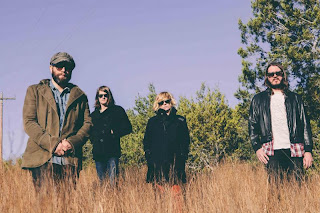 And I thought I'd end off with The Black Angels, who themselves have just brought out their latest album Indigo Meadow. Here's the title song from it. I interviewed Alex Maas earlier in the week - more about that to come.

Email ThisBlogThis!Share to TwitterShare to FacebookShare to Pinterest
Labels: Austin Psych Fest, Beyond Beyond Is Beyond Records, Goat, Hits From The Box, JJUUJJUU, Ride Into The Sun, Sacred Bones, The Black Angels, The Growlers, The Holydrug Couple, Ttotals, Twin Lakes Records