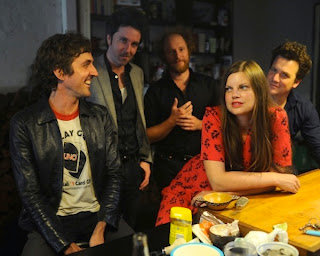 Man, have you heard The Drones' new record, I See Seaweed yet? Holy shit. This is the most Australian Gothic, dark, desperate, operatic, sweaty, eloquent, off-kilter, noisy breathy of fresh air I have taken in a long, long time. And in a climate where bands like Harmony and The Spinning Rooms explore similar themes, it's not hard to see how Gareth Liddiard and co have lifted the bar to stratospheric heights. If you don't believe me, check out the single 'How To See Through Fog' and another cut, the roiling 'Laika'. 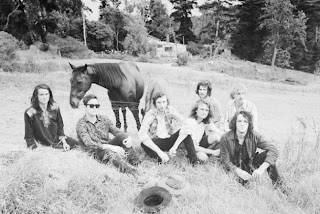 And have you had the chance to experience Eyes Like The Sky, the new "album" from Melbourne garage/psych shit stirrers King Gizzard & the Lizard Wizard? It's not so much an album as it is a audiobook, an original Western from the mind of one of the members' father Broderick Smith (he also narrates it, sounding like a cigarillo-smoking Sam Shepard), and it plays out like the aural equivalent of Sam Peckinpah at his most lyrical and visceral. I reviewed it on TheMusic.com.au here.


I'd love to wax lyrical about these two releases more, but I'm in a rush. The thing is, go and experience it yourself - you can get the records here and here respectively. But if you are in Toowoomba tonight, or Brisbane tomorrow, you can see the both of them slaying in the flesh. Just to give you an idea - King Gizzard were one of the absolute highlights of the Big Sound Live music conference here in Brisbane last year, whilst The Drones' A Thousand Mistakes show here in Brisbane was one of the best shows I have ever seen, and quite possibly the best all-round Australian performance, full stop. Plus my great mates Luke and Sean championed The Drones' set at February's ATP in Melbourne as the standout, over Swans, My Bloody Valentine and Einsturzende Neubaten.

Grab tix here and here. You really should.
Posted by Brendan T