Finally let's ride this tsunami of Australia sound out with a cataclysmic tremor of noise, starting with ebullience and ending with apocalyptic destruction. 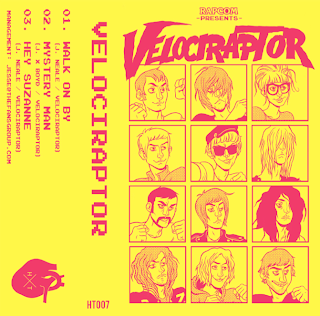 Brisbane's Velociraptor are about to launch into an overseas onslaught that will leave every pundit in their wake feeling sucked dry from over-drinking, over-dancing and over-rejoicing (I have actually heard someone say they "rejoiced" when Velociraptor came on stage...) To get the European hordes well and truly lathered up, they are releasing this cassette through Heart Throb Records. Set out just like a Streetfighter video game - nice. Get your twinkle toes in order, because this twelve-headed beast won't KO you with a flurry of punches, but an overload of cocky swagger. Preorder the cassette here. 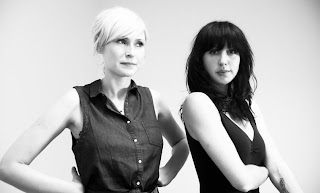 Melbourne duo Super Wild Horses have followed up their attention-grabbing debut Fifteen with an even more confident showing in Crosswords. Still showcasing the spiky, effervescent garage rock Amy Franz and Hayley McKee have become renowned for, the album nevertheless takes us to places hitherto unthought of - slower jams, country twangs, boys' germs, and Smokey Robinson. You thought they had arrived before - Crosswords truly heralds their arrival, slightly eschewing the garage they were inadvertently placed in for bigger, comfier, more kick-ass digs. A great live band finally has a truly befitting album to back it up - you can get Crosswords here. 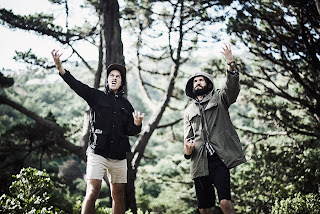 Next up we have the ever evolving instrumental band Making. Initially following in the vein of minimalist angular titans No Disco, Making have added colour and verve to the industrial edges to become an altogether different beast. 'Stay Stil' is the newest example of this evolution - finding a middle ground between the aforementioned band, Whizz-Fizz contortionists Fang Island and the earliest math-rock leanings of Foals before they disappeared into their emo stadium shoes. Making's live shows are incendiary too; make sure you catch them in their volatile element. Listen to the new track below, head here to hear what else they have to offer, and see their version of 'Pascal' that they let loose on revellers at this year's Camp A Low Hum festival in NZ. Amazeballs. 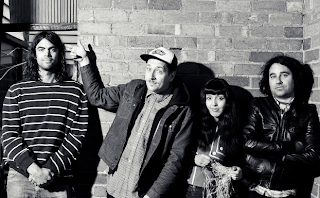 Back down to Melbourne and some incessantly loud yet drunkenly amenable punk in the form of Bad Vision. Their 112/VISIONS 7" is goddamn killer (you can grab it here), as were the shows they pulled off up in Brisbane late last year. The bassless quartet are carving their way through Europe as we speak, having a blast, and so should you...be (that doesn't sound right, does it?). Suffice to say that this kind of racket is impervious to pain and boredom - it charges on, and leave you with an empty wallet, a sense of wanton abuse and a sloppy grin plastered on your face. Win win. 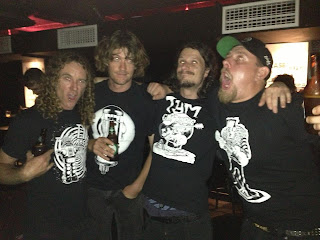 From the unholy bowels of Wollongong spews forth Bruce!, a four-piece enraptured by beer, weed, souped up cars and rocking out. A heady mix of balls to the wall rock and Josh Homme man love, Bruce! don't cop airs and graces, and will batter such bullshit into the ground with a maniacal quivering tic the only movement on the stony faces, before necking a tallie and screwing your mum. The thing is, you will all laugh about it in the morning. I saw these guys play the Record Store Day show at Tyms Guitars on Saturday - and man, they were fun. Booze very much needed to appreciate this - no dry runs here. Grab Bruce! here for a good time...

Getting even dirtier, we head into the demonic depths with Sewers, a diseased squadron of cellar dwellers dishing out acid reflux and refuse, an atonal IV into the core of you're basest instincts. At one time playing every second show, Sewers are being more selective, preferring to slink in the shadows, all the more potent because of it. Their show on Saturday with Living Eyes was as depraved and nihilistic as ever. They've got a few releases out, I only picked up this cassette the other day, and my ear canal developed eczema. Can you smell the human roast? Feedtime. 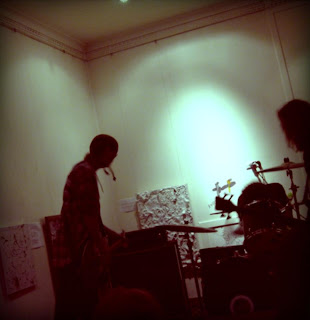 Dastardly downer improv instrumental misanthropes Die On Planes have a new album called Our Work Matters, and it's free. Yep, all free. You want such brutality as a handout. Such cerebral cleansing. Such follicle annihilation. There is no hatred here - just cold, emotionless being. Feel your fears and anxieties sucked into a black hole at the pit of your even darker soul. Everything will be all right. You are already on the other side. (Seriously though, heavy shit, belting sandpaper noise, good good times). 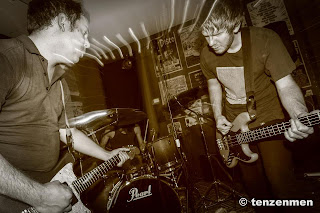 And to finish this gargantuan undertaking, we have the new LP from Sydney's excellent Yes I'm Leaving. Mission Bulb (out on Tenzenmen in May) finally captures how brilliantly unhinged these noiseniks can really be. I only got it yesterday, so I'm still ingesting it. But I'm pretty sure Ive got something insidious growing inside me as a result. If you don't hear from me tomorrow, then I might very well have metamorphosed. Ah well - when it's this delectably ear-shattering and deliciously visceral, scurrying up the walls is the least of my concerns. Or going all Michael Shannon from Bug. You seen that movie? It's damn good I reckon. Small, but good. And it's a William Friedken piece! Precursor to Killer Joe. So you can see what kind of twisted hole we're hurtling down here... These guys played with God Bows To Math and Lennon Lenin the other night in Newcastle. Jesus, what I would have done to be at that show, you don't wanna know. Here's a track from it - you're welcome.

Yes I'm Leaving - Song For You