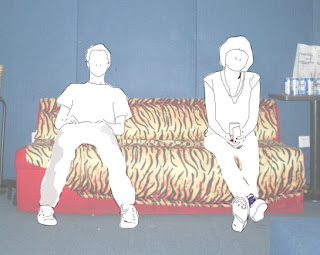 The last fortnight we have looked at Thrill Jockey releases; this week we look at something a little more obscure. In fact this post is a tangential lead-in, but whatever.

Metal Postcard Records come out of Hong Kong in China. Named after a Siousxie & the Banshees track, it is run by Sean Hocking who started it in 2002 in Sydney, residing for a while in New York but now calls Asia home. The idea is to release music in a range of formats, remain outside of genre specificity, and avoid the strictures of the "music industry" as much as humanly possible, thus granting complete artistic control to band that otherwise would most likely be ignored.. It also helps to shine a lot on an area of the world where the music scene isn't as readily accessible. 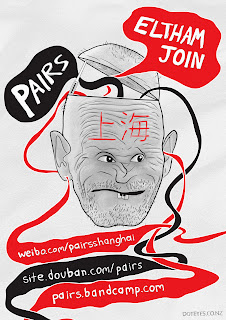 The only reason I have been introduced to this amazing endeavour is because of Shanghai duo Pairs, whose excellent noise-rock double LP If This Cockroach Doesn't Die, I Will was brought to my attention earlier in the year. The band have not only released an about-turn piano-and-vocals only album Eltham Join, till barbed with the crooked lyrics that makes Pairs such a bright, amusing prospect, but also enters into the avant-slacker realm of ballads that are atonal, hammered out with slapdash and carelessness, out-of-tune vocals (and yes, Xiao Zhong is indeed an Aussie, if the vocals didn't give it away) and yet an effusive mood is created throughout. This album should be horrible - and some people will think exactly that - but I think that there should be more of this. Think Amateur Childbirth meets Lehmann B Smith. 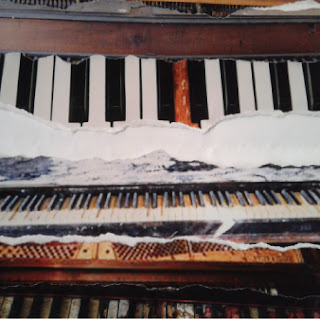 You can get Eltham Join for free here. Metal Postcard also champions a mixtape that Pairs put together made up of other likeminded bands from China. Head here to get it - it's rad as. The listing is below the two tracks. Pairs are also doing a split with NZ noise-rockers God Bows To Math, and Zhong does other stuff like stand-up and DJing - so expect to hear a hell of a lot more from these guys on these here pages.