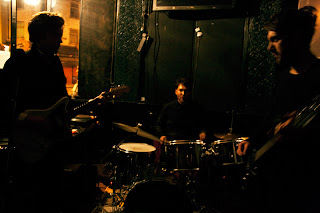 Local trio (via Whitechapel in London - yep, the band gestated right across from the mosque) Gazar Strips brought out an EP Happy Valley for digital release about a month ago. At the time I was frustrated because I really wanted to put this out myself, to kickstart Sonic Masala Records with this Bauhaus-baiting, atmospheric gnashing of teeth. These guys are dark and brooding, and confrontational (not in a racial profiling way, a religious hazing way, or even a base amoral way - they just don't like you). It's really good. Most tracks are named after famous surfing spots due to the bassist's predilection for the blue stuff, a tidbit at odds with the dark squall that they manufacture. I'm a massive fan of these guys, and their new stuff (being recorded as we speak with Tape/Off thumper Branko Cosic) is taking things to the next level. 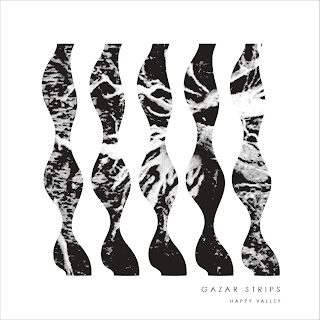 You can get Happy Valley here. The guys played at my last Sonic Masala show and killed it. Their next show is tomorrow night at the fourth instalment of Eucalyptic Electrodes, the excellent little night run bu Angstrom Space. They will be playing alongside SM faves Nite Fields and Ultra Material (who are playing my next gig on Friday April 26), as well as unknown entity Heavy Toll. It's at the Brunswick Hotel, and I strongly implore you head along. There is exciting news ahead for Sonic Masala/Gazar Strips fans too - stay tuned...
Posted by Brendan T