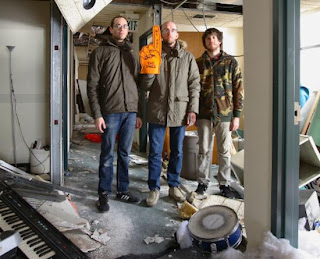 One of the bands that Paul, the other party that gave birth to this beautifully twisted sister of a blog, introduced me to was Baltimore's Double Dagger. The first time I saw them play was in the now defunct The Rest Is Noise bar in Brixton in 2009, to about thirty people. The people moshing (well, jumping around into each other...) were myself and a few friends. The supports, Friendship and Bitches, were brilliant. But Nolen came out and did his thing, Denny and Bruce kept it locked down, and it killed. Later that night, a woman who had been throwing up outside attacked my girlfriend out the front, in the process ripping out strands of another friend's hair. Suffice to say that it left an impression.

A lot has happened since then. Double Dagger has called it a day, but there is much still to celebrate. Denny Bowen has since drummed for the Dan Deacon Ensemble (which saw him visit Brisbane early last year), as well as playing in Roomrunner. Nolen Strals has a few projects in the offing, and his graphic design continues to abound, as seen (by me at least) on the Part Chimp/Torche split record. 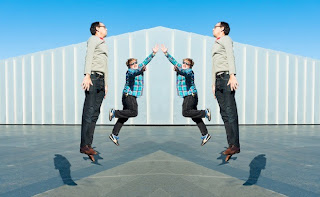 Bruce Willen has teamed up with good friend (and Future Islander) William Cashion to form Peals, whose Walking Field is coming out on Thrill Jockey this month. Peals is an entirely different beast altogether, using live loops to encapsulate an exploratory tome to ambiance and intimacy and their intricacies and connectivity. It, like their stablemates Mountains as mentioned two days ago, is all about fully immersive soundscapes, leaving the outside world behind and reaching within. Peals are already searching for the smaller, more intimate realms in order to play their music live too, oft-times preferring houses and small art galleries over larger stages. They have recently come off a tour that included shows with other Thrill Jockey-ites Dan Friel and Brokeback, as well as Romantic States and Bamboo, and will embark on another tour in support of Walking Field (which, if you pre-order now, comes with a free 7") in June. (Also go to their website here where you can manipulate and make your own version of another track, 'Furniture' - pretty cool.) 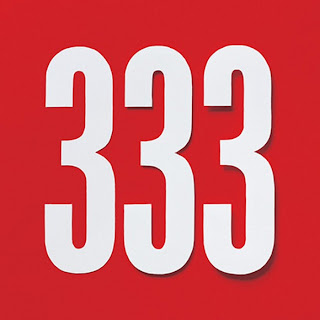 But the legacy of Double Dagger itself lives on, as for Record Store day 2013 we are granted the final, posthumous record 333, coinciding with If You Shout Loud Enough, a documentary showcasing the criminally underrated trio in all their fabulous glory. It seems that the album is going to not only underline such a standing, but that they broke up just as they were gathering in strength. The growth from the More LP to the Masks EP alone was monumental. It's a damn shame they aren't around anymore, but their legacy can live on through these songs (as much as they'll fucking hate to hear it).

Here is the trailer for the doco too. It features interviews with many of the Baltimore scene, such as Deacon, members of Wye Oak, Future Islands, Ruiner, Thank You and so many more, and a staggering amount of live footage across their 9-year reign. You can only get this on RSD from your local independent record store. You can see If We Shout Loud Enough as part of the official selection of the Maryland Film Festival, with (hopefully) many more venues thereafter.