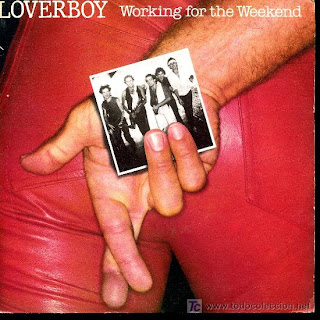 Man, I'm done for the day (can't wait for the weekend to kick off), but I know some of you are just about to wrap up for the week (and a few are just starting...) Either way, let's waste those last/first moments on some visual toons...

We've already posted about 'In The Aisle', the new track from local miscreants Violent Soho and a taste of new album Hungry Ghost (read what Nathan thought here). This video is brilliant for two reasons - it shows why it's great to live in Brisbane...and it's solely about a dude riding his bike in the nude, putting up flyers about nude bike riding. That's it. These two things aren't mutually exclusive (although in my eyes they are - sorry Dario), but it makes a killer video (congrats Dario!)

Next we have Shanghai maelstrom Pairs, another SM fave of late. They have just out out this video for 'Mean Buzz', a great little number off their double LP If This Cockroach Doesn't Die, I Will (out on Metal Postcard Records). The album is ace; the track typically droll, ramshackle and loud; and the vid is under two minutes of the duo in a warehouse getting shit thrown on them. Nice.


Another band that Nathan paid lip service to recently was NY's Beat Radio. They have released this video for 'Hurricanes, XO' (their best track IMO), and the stock  B&W footage of watersports of the 50s (some rather bizarre) somehow perfectly complements this fuzzy beauty (it also makes me miss Screamfeeder).

Let's finish off with an understated gem by another Brisbane native, Arundel. 'Flourish' found its way on the latest New Weird Australia compilation Sixes & Twelves (and is my fave compilation of theirs thus far - albeit with many friends' acts finding their way in there...) and he has synced it up here with re-cut scenes from the excellent 2011 movie Monsters. Truly beautiful and the best way to bliss out, fading to black.